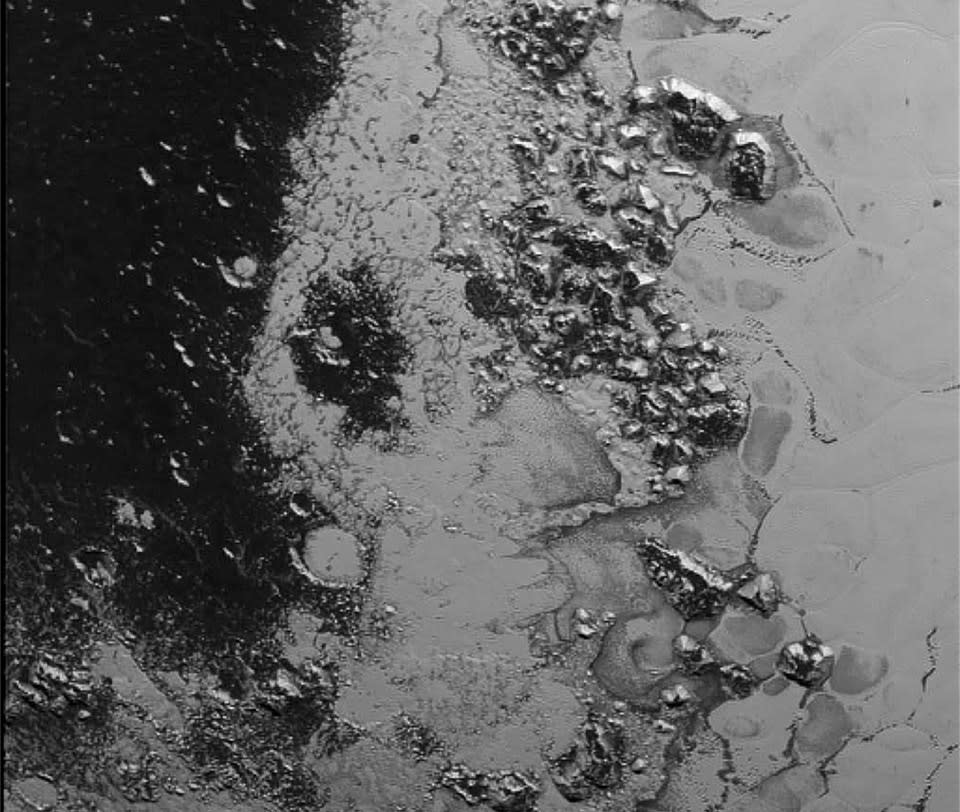 We're getting to know Pluto a lot better, thanks to the images released by the New Horizons mission. Take for example, this one captured during the probe's historic flyby on July 14th, which shows a second mountain range that's less lofty but just as icy as the first one we saw. It's located somewhere along the southwestern part of the dwarf planet's popular heart-shaped feature now known as the Tombaugh Regio and is estimated to be around as tall as the Appalachian Mountains at half a mile to a mile in height. That's approximately 2,640 to 5,280 feet, a lot shorter than the first range's estimated height of 11,000 feet.

The scientists believe this mountain range is a lot older than the first, due to its heavily cratered appearance and the clear presence of dark materials. While they aren't 100 percent sure yet, they think the darker parts of Pluto could be ancient -- around a billion years old! The photo above taken by the probe's Long Range Reconnaissance Imager (LORRI) has captured features as small as one kilometer, so you're getting a very close view of what was one was the ninth planet.