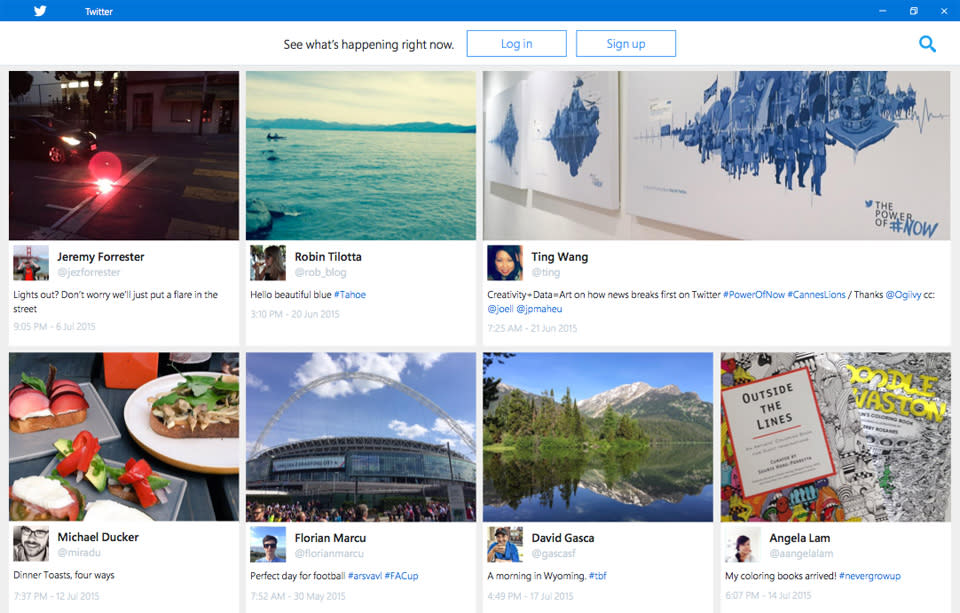 You're going to see a lot of apps rushing to take advantage of Windows 10 post-launch, but one of them will be particularly important if you're a social networking maven. Twitter has released a new app for Windows 10 right alongside Microsoft's shiny new platform, and the client is big on discovering content even if you aren't signed in -- you'll see the top tweets and media in the app itself, as well as on the Live Tile. This certainly isn't the most sophisticated app (it won't replace TweetDeck any time soon), but it does offer a lot of the in-line media playback you'd expect in 2015, such as multiple photos, Vine videos and GIF animations. Really, it's for that moment you decide that Twitter's website isn't quite enough for your needs.

In this article: app, internet, microsoft, socialnetwork, socialnetworking, software, twitter, windows10, windows10launch
All products recommended by Engadget are selected by our editorial team, independent of our parent company. Some of our stories include affiliate links. If you buy something through one of these links, we may earn an affiliate commission.