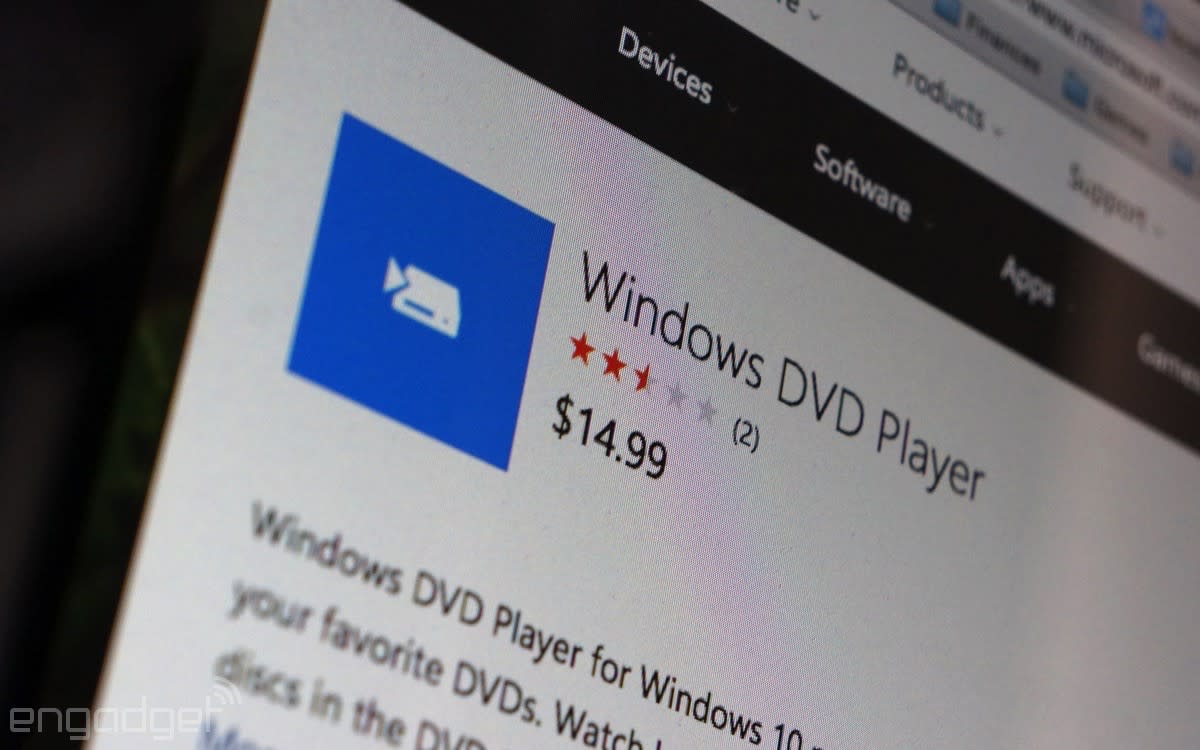 Microsoft may have inadvertently made a good case for embracing movie downloads and streams. The company has released an official DVD Player app that lets you play old-school disc-based movies in Windows 10. Sounds convenient, right? It is, but there's one big problem: it's $15. Yes, if you got your Windows 10 upgrade for free, it'll cost you more to play that dusty copy of Armageddon in DVD Player than it did to get an entire operating system.

It wouldn't be surprising if DVD licensing costs are a factor behind the pricing, as the patents behind the technology still aren't cheap. However, you don't really need to pay anything to watch these titles -- free apps like VLC will not only play DVDs, but many of the formats that Windows 10 can't handle out of the box. And did we mention that the official software doesn't do Blu-ray movies? Unless you're holding on to a large DVD collection and insist on using first-party programs for watching those DVDs on your PC, you'll probably better off either trying an alternative app or signing up for a streaming video subscription.

In this article: dvd, dvdplayer, hdpostcross, microsoft, software, windows, windows10, windowsdvdplayer
All products recommended by Engadget are selected by our editorial team, independent of our parent company. Some of our stories include affiliate links. If you buy something through one of these links, we may earn an affiliate commission.