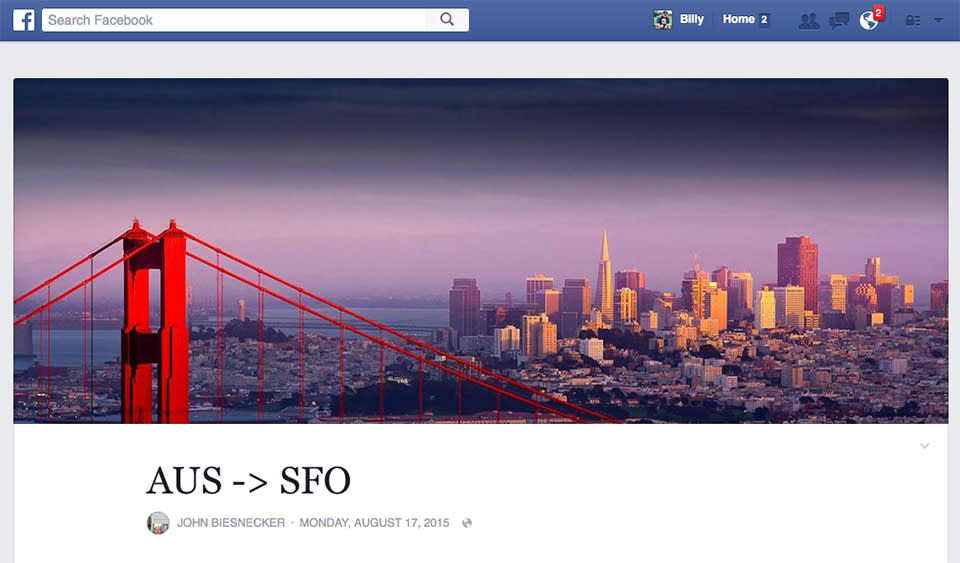 Remember Facebook Notes? Yeah, I barely do. Well, it looks like the social network is planning to dust off the tool and give it a better looking layout. Some users are seeing a new version of Notes that not only employs better typography and a more readable design, but has space for a nice big image up top. The changes make Notes look more like an actual blog and less like a regular Facebook post that just contains a load of text. These tweaks that give it an up-to-date appearance similar to Medium and others. Speaking of Medium, Facebook hired the designers who helped create that platform earlier this year, so perhaps this is what Zuckerberg & Co. had in mind for that team. A few of us here at Engadget HQ are still rocking the old look, and there hasn't been official word as to when the latest will roll out to everyone. Revamped Notes could still be in the test phase, but we expect Menlo Park will make an announcement when it's ready for prime time.

Facebook "notes" have a new Medium-like appearance. (See comments on this note.) https://t.co/e8QQwWEXeN

In this article: blog, blogging, facebook, facebooknotes, notes, social, socialnetwork
All products recommended by Engadget are selected by our editorial team, independent of our parent company. Some of our stories include affiliate links. If you buy something through one of these links, we may earn an affiliate commission.