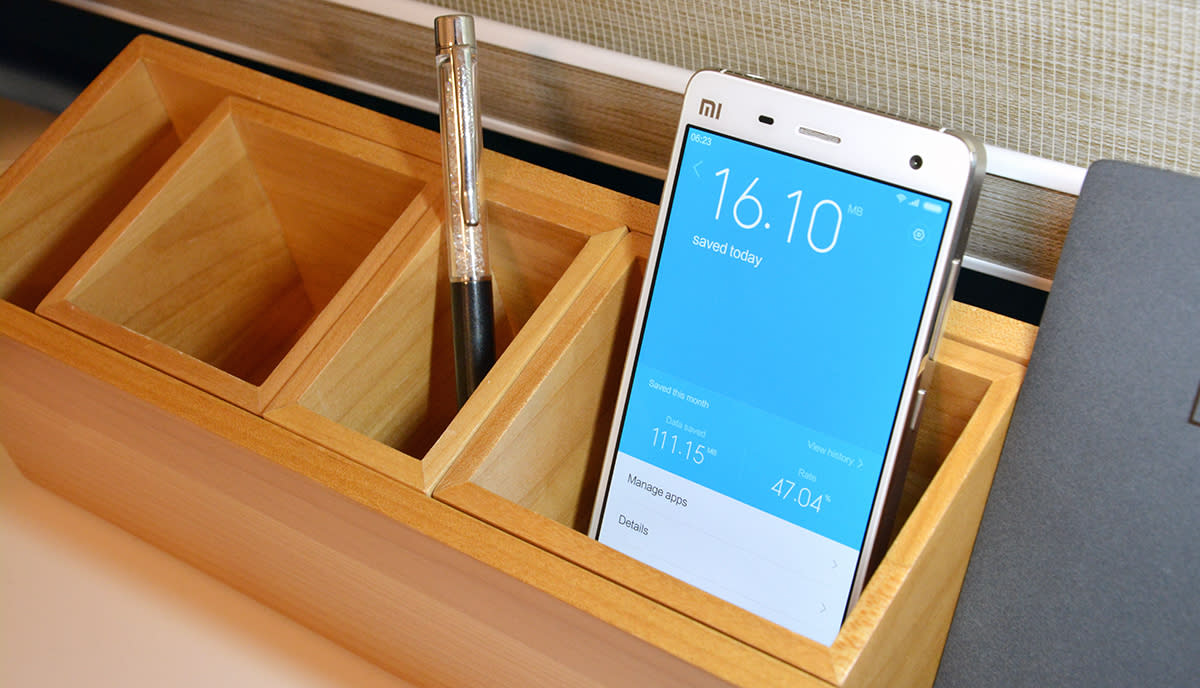 Following yesterday's announcement on Opera Max supporting YouTube and Netflix, today the company revealed that Xiaomi's latest Android fork, MIUI 7, will have the same data-saving technology baked into its Data Saver feature. According to Xiaomi, this can reduce data usage across all apps by up to 50 percent, though encrypted connections are still left untouched. While Data Saver has already been on Xiaomi's China devices for about a year, it'll be a first for global MIUI users, though they'll have to wait for a few more months. That said, other features such as "up to 30 percent faster response time," "10 percent better battery life" and face recognition in photo album will be available right away. All global Xiaomi devices except for Mi Note and Mi Pad can grab the update on August 24th.

In this article: android, china, compression, DataCompression, max, miui, miui7, mobilepostcross, opera, operamax, optimization, phone, xiaomi
All products recommended by Engadget are selected by our editorial team, independent of our parent company. Some of our stories include affiliate links. If you buy something through one of these links, we may earn an affiliate commission.