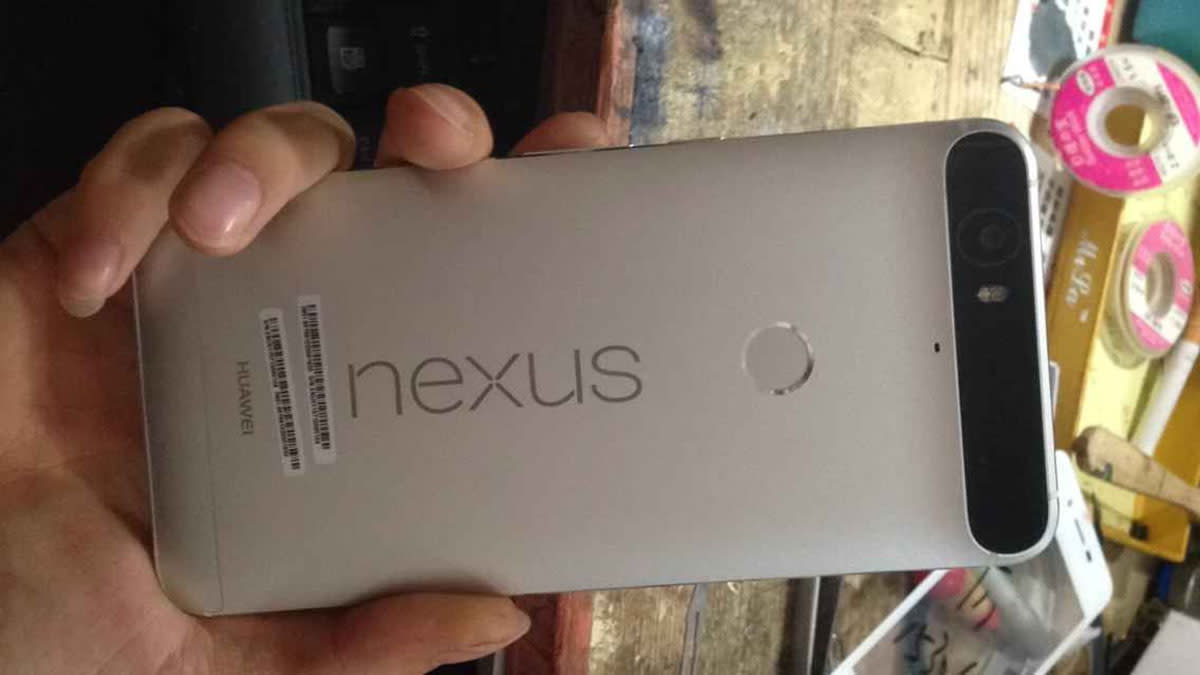 Google's Nexus phablet from Huawei looks like a steamroller ran over a periscope, if a leak from China's iNexus.co has any merit. Google is reportedly releasing two new Nexus models with Android M, a 5.2-inch model from LG and 5.7-incher from Chinese manufacturer Huawei. The LG version already leaked, but the above photo is the first we've seen of the Huawei variant (other than a render). We're not quite sure what to make of it -- there appears to be a large, oval cutout at the top for a camera module, a decidedly odd design choice. The last time we saw such a hump was on the ZTE Grand S, a nearly three year old design. The question is, why? Laser AF module? Depth sensor? There's no sign of a depth sensor in any of the images, but the laser AF is distinct possibility. Naturally, we have some doubts about the leak's authenticity, but there are a few convincing touches. The Huawei model has a fingerprint reader on the back, just like the leaked LG model, so Google may have created a common design specification. There's also a protective case shown above with a plastic camera cover for the hump and a cutout for the fingerprint sensor, so that's a lot of things to fake.

The images also show a dual LED flash and stereo front-facing speakers, à la the latest Moto phones. Perhaps with the right materials the device will look alright, but the design shown in the images is pretty bizarre. Nevertheless, we'd treat this with serious skepticism -- the device pictured above could be a prototype or simply a fake. Anyway, Google will likely reveal the devices as early as next month when it unveils the final version of Android 6 "Marshmallow."

Update: iNexus has shared four more spy shots of what appears to be the same mysterious device, courtesy of another leakster from Beijing. Despite the stealth case, you can see a USB Type-C port at the bottom. There's also a screenshot that suggests this upcoming Nexus will feature Snapdragon 810 with 3GB of RAM and 64GB of internal storage, though the source added that the final version may use a Snapdragon 820 instead.

In this article: AndroidM, CameraHump, Huawei, leak, Nexus, phablet, rumor
All products recommended by Engadget are selected by our editorial team, independent of our parent company. Some of our stories include affiliate links. If you buy something through one of these links, we may earn an affiliate commission.