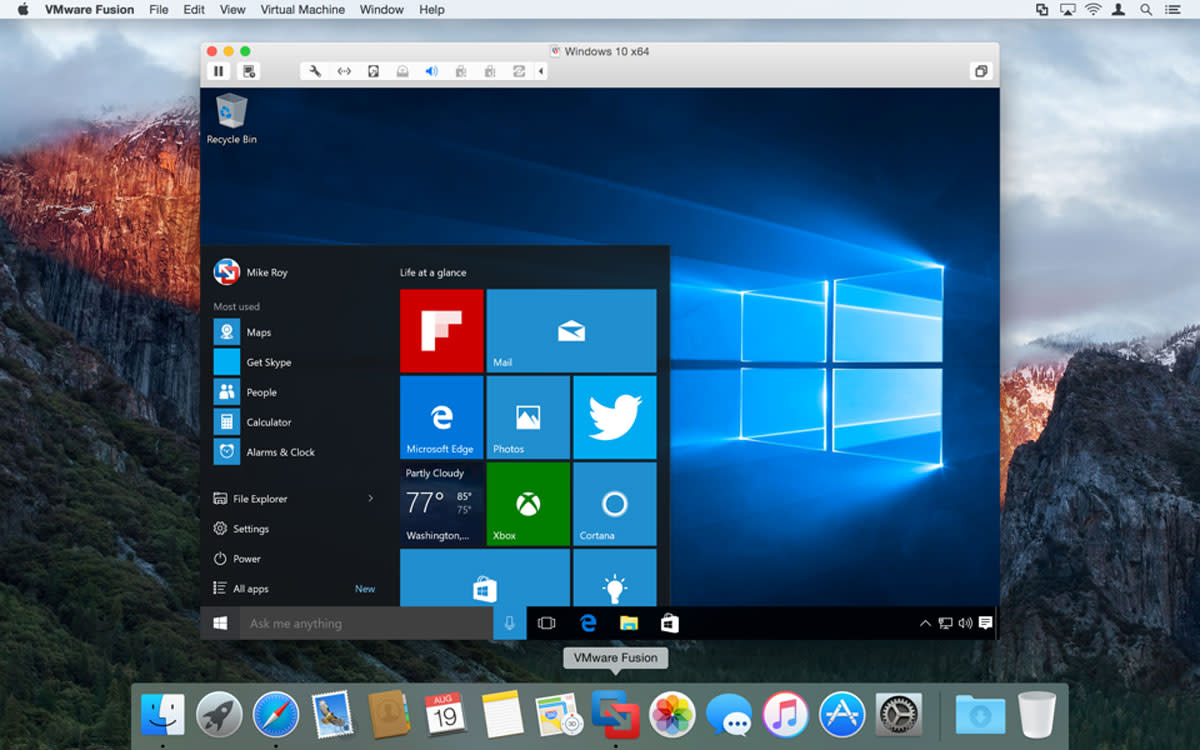 Parallels may have been the first to bring Windows 10 virtualization to the Mac, but its rival VMware isn't far behind. Its newly released VMware Fusion 8 has full support for Microsoft's latest platform, including Cortana -- you can ask it questions whenever the virtual machine is open, even if it's in the background. Graphics also get a big helping hand this year, with faster overall performance, support for DirectX 10-only software (read: some games) and compatibility with super high-resolution 5K iMacs.

Whether or not you'll want to pick VMware's offering over Parallels will likely depend on how you like the finer points of their interfaces, such as their attempts to blend Windows into OS X (such as Fusion's Unity mode). The regular edition of Fusion 8 is even priced similarly, at $80 for a fresh copy or $50 if you're upgrading from version 6 or 7. Developers and other high-end users can shell out $200 to get Fusion 8 Pro. If you do choose VMware, though, be prepared for a hiccup -- Ars Technica notes that the initial release has a bug that sometimes deprives you of the Start screen with Unity mode turned on. The flaw should be fixed soon, though, so don't let that deter you if you prefer VMware's approach.

In this article: mac, osx, software, virtualization, virtualmachine, vmware, vmwarefusion, vmwarefusion8, windows, windows10
All products recommended by Engadget are selected by our editorial team, independent of our parent company. Some of our stories include affiliate links. If you buy something through one of these links, we may earn an affiliate commission.