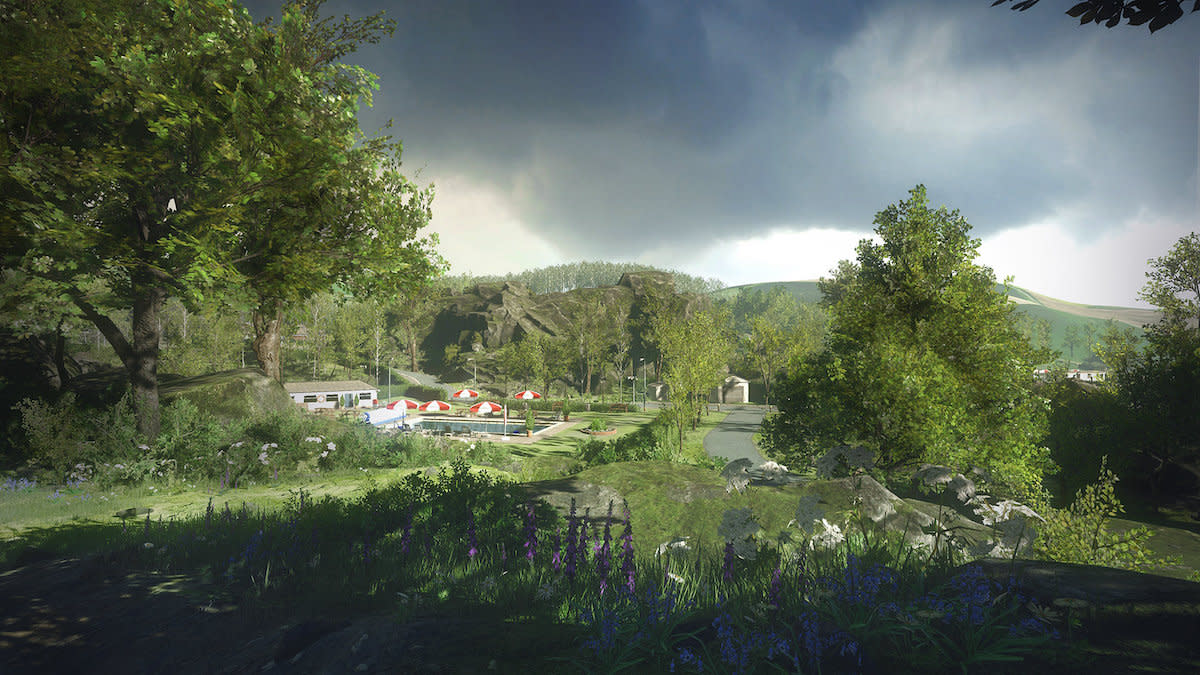 Everybody's Gone to the Rapture is a post-apocalyptic game with a difference. Instead of a nuclear wasteland, you're tasked with exploring an idyllic, but empty town in the middle of the English countryside. There's little dialogue, but the sweeping soundtrack sets a wonderfully melancholic tone. Composed by the game's director Jessica Curry, these original tracks are excellent examples of modern classical music. And clearly they've resonated with people -- earlier this month, the soundtrack placed eighth in the UK's "Official Classical Artist Albums Chart." Curry and the rest of her studio, The Chinese Room, were delighted. That is, until it disappeared from the chart the following week.

Very sad that the UK official charts have withdrawn my Rapture score from the classical charts- think it would have hit no. 1 this week :(

According to the UK's Official Charts Company, its inclusion was a mistake. The rules for this particular chart, which were drawn up in partnership with the classical music industry, state that original soundtracks performed by single and various artists are ineligible. The decision applies not just to Everybody's Gone to the Rapture, but to all video games and movies. Curry and The Chinese Room have been voicing their disapproval on Twitter -- the developer has called it "bullshit" and "snobbery in action." Fans of the game have, unsurprisingly, leapt to their defence and even Shuhei Yoshida, president of Sony Computer Entertainment Worldwide Studios, has called the decision "unfortunate."

So @officialcharts denied the Everybody's Gone to the Rapture OST by @jessicacurry2 it's rightful chart placement. Just snobbery in action.

To make matters worse, the Official Charts Company has made another blunder in the Official Classical Artist Albums Chart. In this week's listings, The Complete Harry Potter Film Music by The City of Prague Philharmonic Orchestra is ranked 29th. Just like Everybody's Gone to the Rapture, this is an original soundtrack. A spokesperson for the Official Charts Company told us: "It's an error. It shouldn't be in there either and will be corrected (taken out) this Friday. We're already aware of it." For fans of the game and Curry's music, however, its inclusion has only added to their sense of anger and frustration.

But even once the Harry Potter soundtrack is removed, the greater question remains: why are original scores ineligible? We're yet to hear a definitive answer. Whatever the reason, it means these albums are represented elsewhere; in the Official Soundtrack Albums Chart and the Official Classic FM Chart, which is a combined classical chart published on the radio station's website. Everybody's Gone to the Rapture features in both, but you could argue that they don't offer the same level of recognition. To confuse matters further, the Official Charts Company has told Eurogamer that it considers Curry's record "a bona fide classical album." That's why it features so prominently in the Classic FM Chart -- but again, it doesn't explain why its ineligible for the Official Classical Artist Albums Chart.

No matter where you stand, the reality is that this decision doesn't affect the quality of our favourite soundtracks. It's just a shame all classical music can't be treated equal -- whether it's written specifically for an album, or to accompany a movie, TV show or video game, it either fits the genre or it doesn't. If you think these composers are being treated unfairly, the best course of action -- as always -- is to support their work with your wallet.

In this article: classicalmusic, EverybodysGoneToTheRapture, jessicacurry, OfficialChartsCompany, OriginalSoundTrack, ost, soundtrack, thechineseroom
All products recommended by Engadget are selected by our editorial team, independent of our parent company. Some of our stories include affiliate links. If you buy something through one of these links, we may earn an affiliate commission.