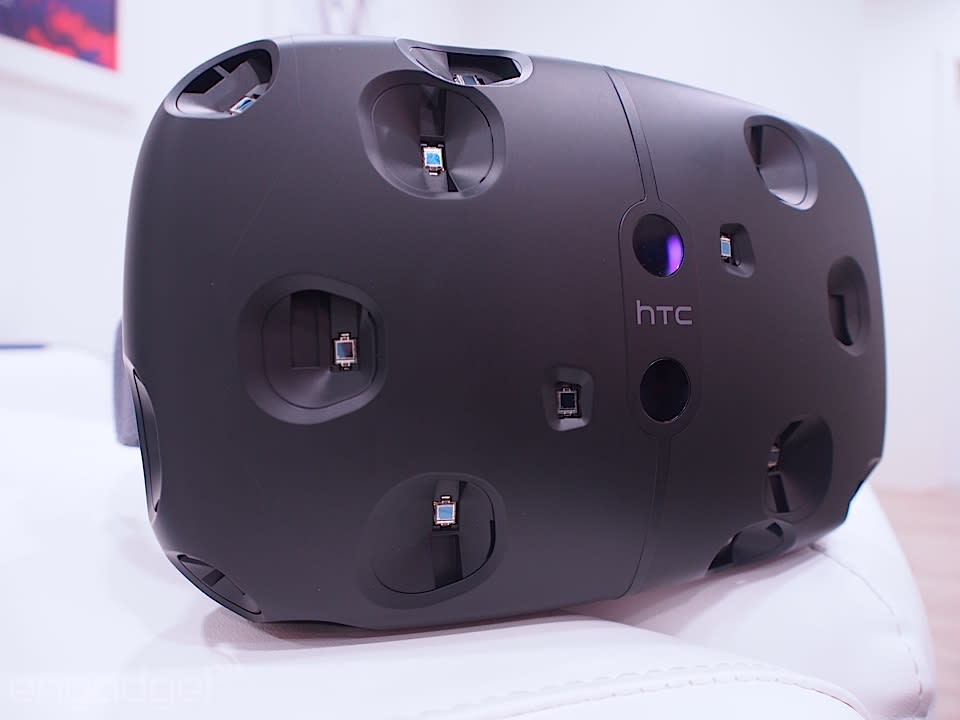 According to HTC, reports that the commercial launch of its Vive virtual reality headset is delayed until next year aren't telling the whole story. The company provided a statement to Engadget saying "We'll have a limited number of units by the end of the year, with more to come in Q1 2016." It seems unlikely there will be enough to satisfy all potential buyers of the "first complete VR system" it's making with Valve's help, but there's still a chance you could get one, and developers have had access for a while. The Vive headset is coming to PAX Prime in Seattle with demos like Fantastic Contraption -- once we know more about when you can have one we'll let you know.

In this article: hdpostcross, headset, htc, HTCVive, PAXPrime2015, valve, VirtualReality, Vive, vr
All products recommended by Engadget are selected by our editorial team, independent of our parent company. Some of our stories include affiliate links. If you buy something through one of these links, we may earn an affiliate commission.