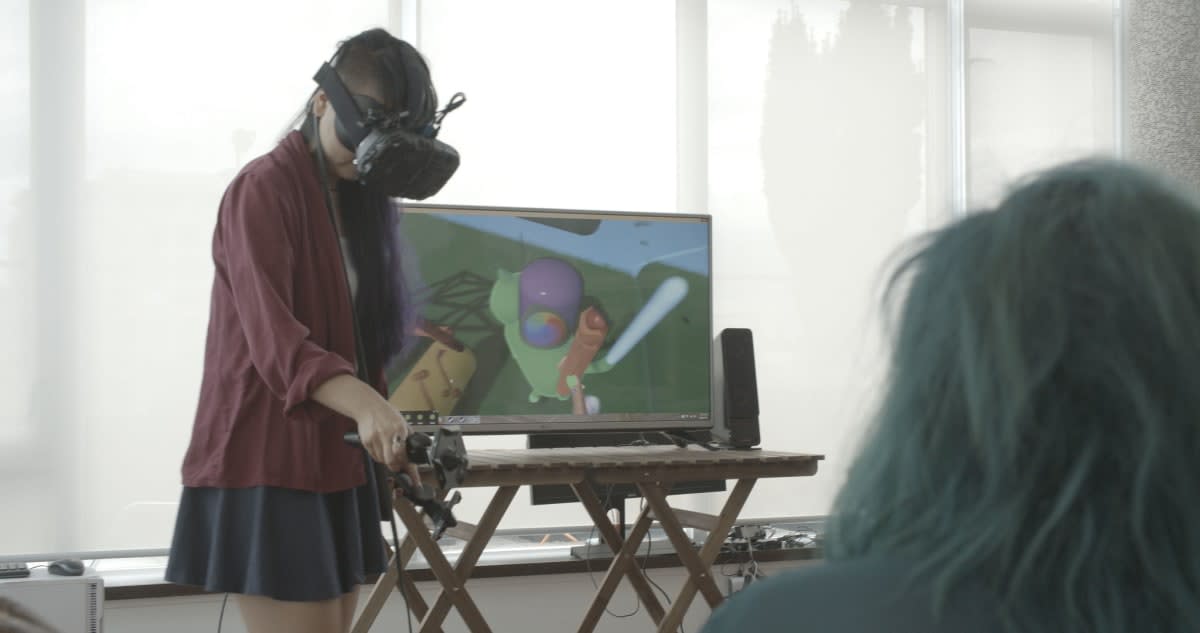 Virtual Reality is often characterized as a solitary experience, but it doesn't have to be. Games like Keep Talking and Nobody Explodes, a multiplayer bomb-defusal game, demonstrate VR's ability to entertain entire groups of people in wonderful new ways. Today, it's time to add one more multi-entertaining VR game to that list: Fantastic Contraption, a widely beloved game about building weird structures in an attempt to reach specific points on a small map. Fantastic Contraption launched in 2008 as a non-VR game and has since attracted millions of players and 12 million saved contraptions. In a new video, it gets a super polished update for the Vive, Valve and HTC's impressive room-scale VR headset, and creator Colin Northway discusses the merits of multiplayer VR.

Fantastic Contraption on the Vive comes from Incredipede studio Northway Games and ROCKETSROCKETSROCKETS team Radial Games. It'll be at PAX in the Vive demo rooms, though there's no word on a release window just yet. The Vive commercial edition is expected to launch before the end of the year.

I can't express how excited I am about this game. I lose sleep at nights thinking about how good it is and how lucky we are to work on it.

In this article: FantasticContraption, hdpostcross, htc, indie, northway, northwaygames, RadialGames, VirtualReality, vive, vr
All products recommended by Engadget are selected by our editorial team, independent of our parent company. Some of our stories include affiliate links. If you buy something through one of these links, we may earn an affiliate commission.