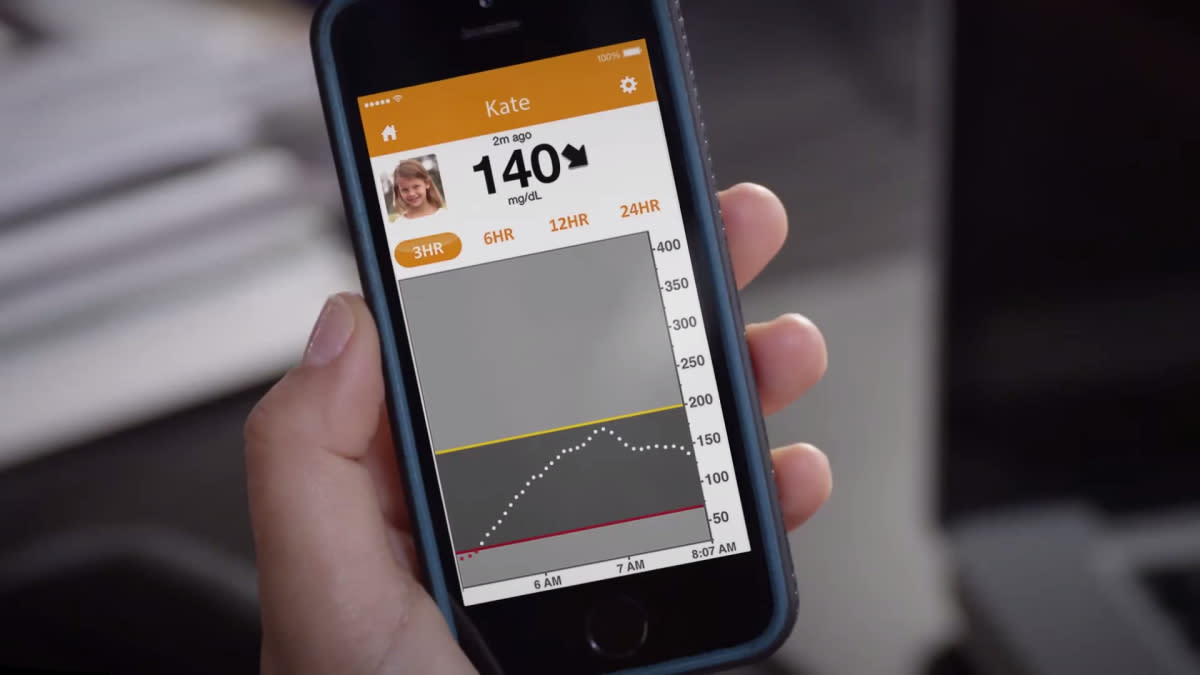 Keeping tabs on a body's glucose levels is a way of life for diabetics -- a ritual performed several times a day, often before or after meals. It's an essential chore, but it often requires special hardware for reading blood test strips or stand-alone receivers for patch-devices that read blood sugar levels under the skin. Thankfully, a better way is coming: the FDA recently approved an iOS-compatible glucose meter that can send constant updates directly to your phone.

The Dexcom G5 Continuous Glucose Monitoring system is technically just the latest in a long line non-intrusive glucose meters, but until now they all relied on a dedicated hardware receiver to report blood sugar levels. The new version can push updates to directly to iOS devices over Bluetooth, making it possible for your phone to alert you the moment your blood sugar changes. That's more data, more control and less to carry around.

Don't fret if you just bought the Dexcom G4, though -- folks who purchased the company's previous glucose meter after July 25th will get a free upgrade to the G5 after it ships. Customers who bought it earlier will be able to upgrade for $200-300, depending on when they bought it. The system is expected to ship sometime later next month.

In this article: bloodglucose, bluetooth, cluclose, dexcom, dexcom65, diabetes, diabetic, ios, mobilepostcross, smartphone
All products recommended by Engadget are selected by our editorial team, independent of our parent company. Some of our stories include affiliate links. If you buy something through one of these links, we may earn an affiliate commission.