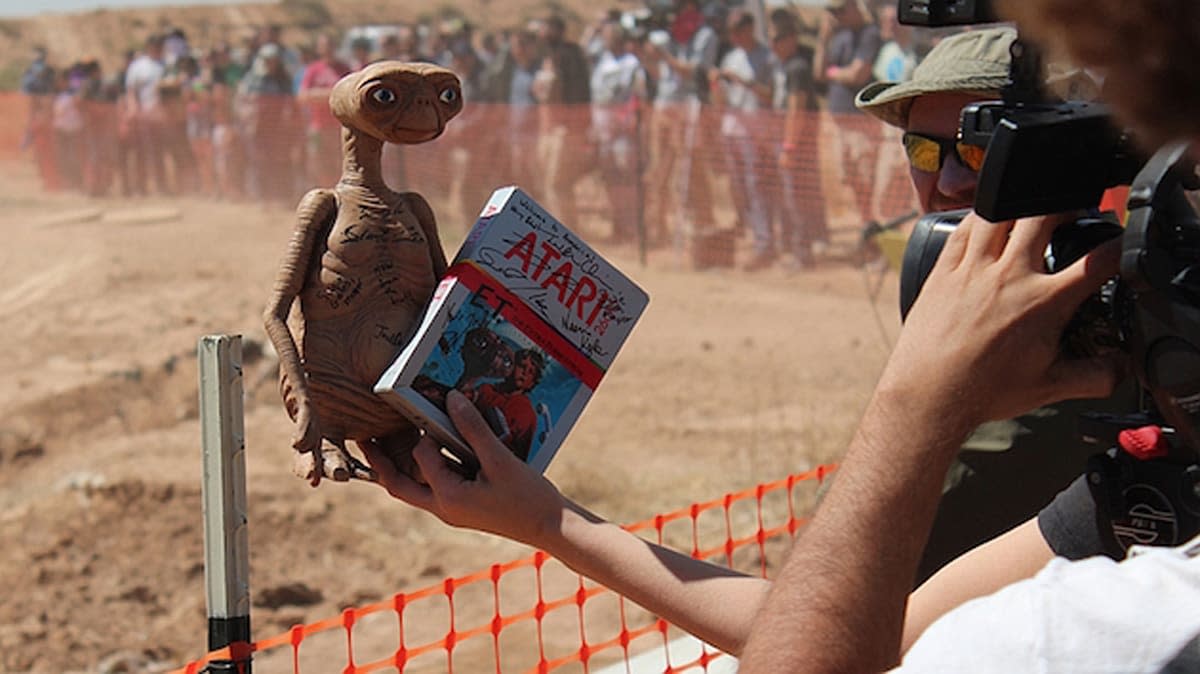 The never-ending saga of the Atari 2600 E.T. cartridges that were famously buried (and later unearthed) in Alamogordo, New Mexico continues to benefit the small town. Last November, a selection of games (including E.T., Asteroids and Missile Command) that were recovered in the excavation were put up for sale on eBay, and now we know just how much cash they generated. According to the Alamogordo News, the game sales totaled $107,930.15, with more than $65,000 going directly to the town. In addition, the Tularosa Basin Historical Society received over $16,000 while more than $26,000 was spent on shipping and other expenses. A total of 881 cartridges covering 60 different titles were sold overall; a copy of E.T. was the highest single sale at $1,535.

This isn't the last of the buried games, either; there are still more cartridges from the dig floating around. One hundred went to the company that made a documentary about the excavation, and 23 were donated to museums. But there are still 297 cartridges that Joe Lewandowski, the man who spearheaded the project, is holding on to -- he's thinking that he might put them on sale if and when another film about the burial comes together. Lewandowski does have plans for a second movie, but for now he's going to advise Alamogordo on how to spend the money he earned for it. "The $65,000 is yours," he said at a town meeting last week, "you can do what you want with it but I don't want to see it go to pot holes or sewer lines."

In this article: alamogordo, atari, atari2600, burial, ET, excavation, new mexico
All products recommended by Engadget are selected by our editorial team, independent of our parent company. Some of our stories include affiliate links. If you buy something through one of these links, we may earn an affiliate commission.