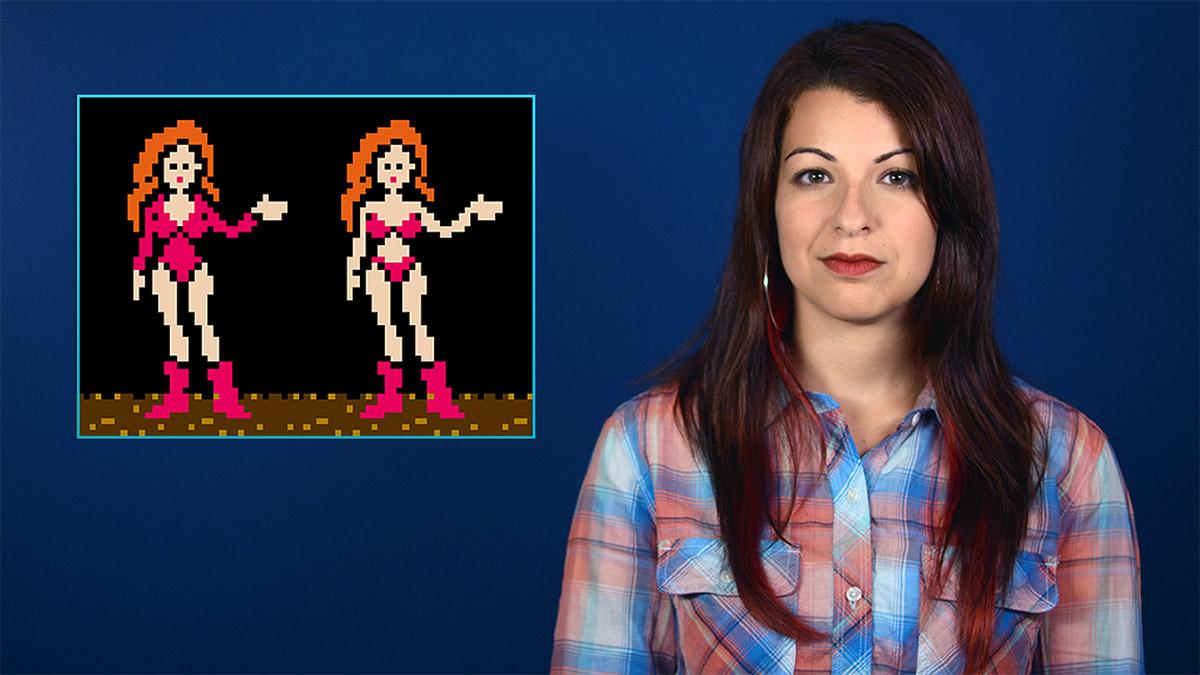 In 2012, Anita Sarkeesian asked for $6,000 on Kickstarter to create a YouTube series dissecting the way video games commonly portray women, to be housed under her Feminist Frequency brand. Sarkeesian's project raised $160,000 and she's since released eight videos in the Tropes vs. Women in Video Games series, covering the "Damsel in Distress" trend, "Ms. Male Character" theme and the idea of "Women as Background Decoration." The latest video, released today, covers "Women as Reward" and it discusses the myriad ways women are offered as hyper-sexualized trophies in some popular video games.

"The Women as Reward trope is set up to fulfill a very specific male entitlement-oriented fantasy," Sarkeesian says in the video. "In many cases game creators may not even realize their mechanics are working to cement this mentality, but when games use a woman's affection, her body or her sexuality as a carrot on a stick, they're actively encouraging men to think of women as objects, prizes and status symbols."

Sarkeesian breaks down the way women's bodies are offered as prizes in franchises including Metroid, The Witcher, Ratchet and Clank, Grand Theft Auto, Resident Evil and Metal Gear. She argues that the "women as reward" trope contributes to the idea of male entitlement, which she describes as "the conviction that men are owed something by virtue of their gender." She continues, "One of the most harmful aspects of male entitlement is the false belief that men have a right to survey and use women's bodies."

She also notes, "When presented with critical analyses of the poor representations of women in many popular games, this intense male entitlement manifests in aggression, abuse and threats."

Sarkeesian is consistently a target of online harassment. In 2014, she had to cancel a speech at Utah State University after receiving death threats and learning that organizers could not prevent people from carrying concealed firearms into the venue, as long as they had a permit. Sarkeesian was the subject of a Nightline investigation into online harassment in the video game universe and she was a guest on The Colbert Report in October, where she discussed GamerGate and some of the threats she's received because of her work with Feminist Frequency.

As always, Sarkeesian begins her latest video with the following disclaimer, though this time around it's especially notable, considering she immediately starts talking about Metroid, a widely beloved, classic game:

"Remember that it is both possible and even necessary to be critical of the media we enjoy."

In this article: anita-sarkeesian, anitasarkeesian, feminism, feministfrequency, hdpostcross, tropesvswomeningames, women
All products recommended by Engadget are selected by our editorial team, independent of our parent company. Some of our stories include affiliate links. If you buy something through one of these links, we may earn an affiliate commission.