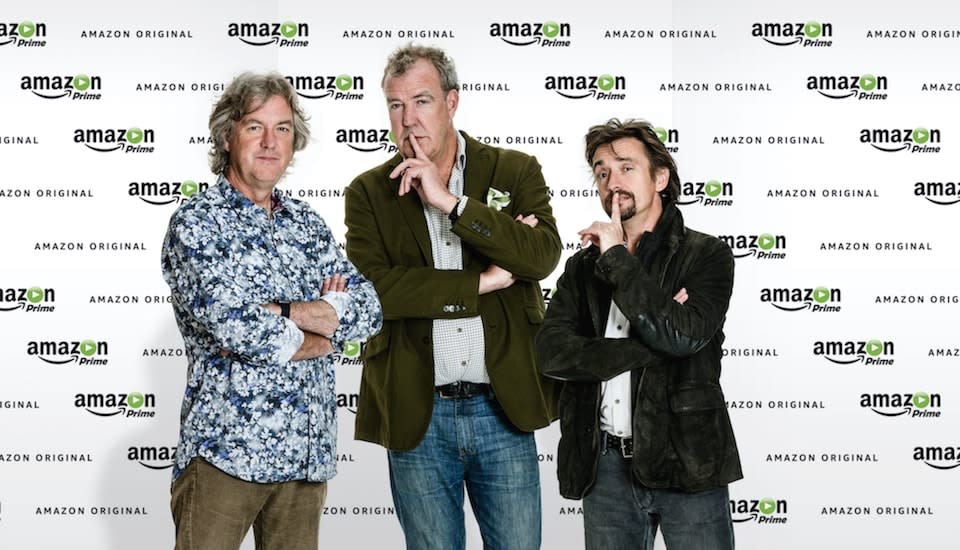 It was quite a surprise when Amazon announced it had snapped up the Top Gear trio for a new show on Prime Instant Video. Many thought Netflix or Sky would win out, but now it's emerged that another unlikely player was bidding for Clarkson and friends: Apple. According to Variety, the company made "an unprecedented bid" for the stars after they left the BBC. Ultimately, however, it must have been turned down. If Apple is indeed preparing its own original programming, it would make sense that the three British presenters were at the top of its wish list. Now the ball is in Amazon's court; the company is desperate for a House of Cards-level hit, but aside from Transparent, it's failed to make much headway. On Clarkson's reputation alone, Bezos may finally get it with a Top Gear spiritual successor.

In this article: amazon, apple, clarkson, jeremyclarkson, primeinstantvideo, topgear
All products recommended by Engadget are selected by our editorial team, independent of our parent company. Some of our stories include affiliate links. If you buy something through one of these links, we may earn an affiliate commission.