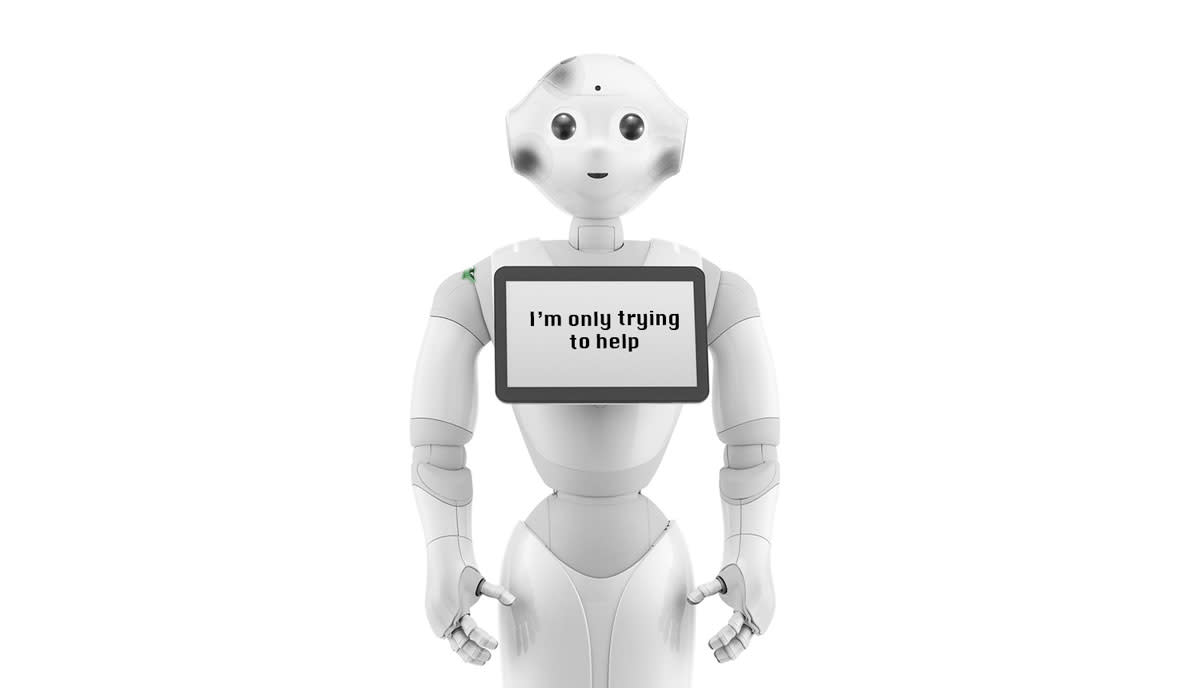 Just one month after Hitchbot was brutally attacked in Philadelphia, a shop assistant robot in Japan has also suffered the wrath of angry humans with a grudge. According to Japan Times, a drunken 60-year-old entered a Softbank store and, after an angry exchange, punted one of the company's cute Pepper robots. The kick-happy individual may not have thought too hard about the unit's humanity (or otherwise) but it's another in a growing list of anti-robot acts. A recent Wired piece points out that people's fears about futuristic AI stealing our jobs might be unfounded, since more people will be required to maintain our new overlords. As for the victim in this incident, Pepper's family have asked for privacy, but Japan Times believes that the robot is currently moving slower than normal, and may have suffered damage to its internals. Aww.

In this article: Attack, Japan, Pepper, Softbank, Violence
All products recommended by Engadget are selected by our editorial team, independent of our parent company. Some of our stories include affiliate links. If you buy something through one of these links, we may earn an affiliate commission.