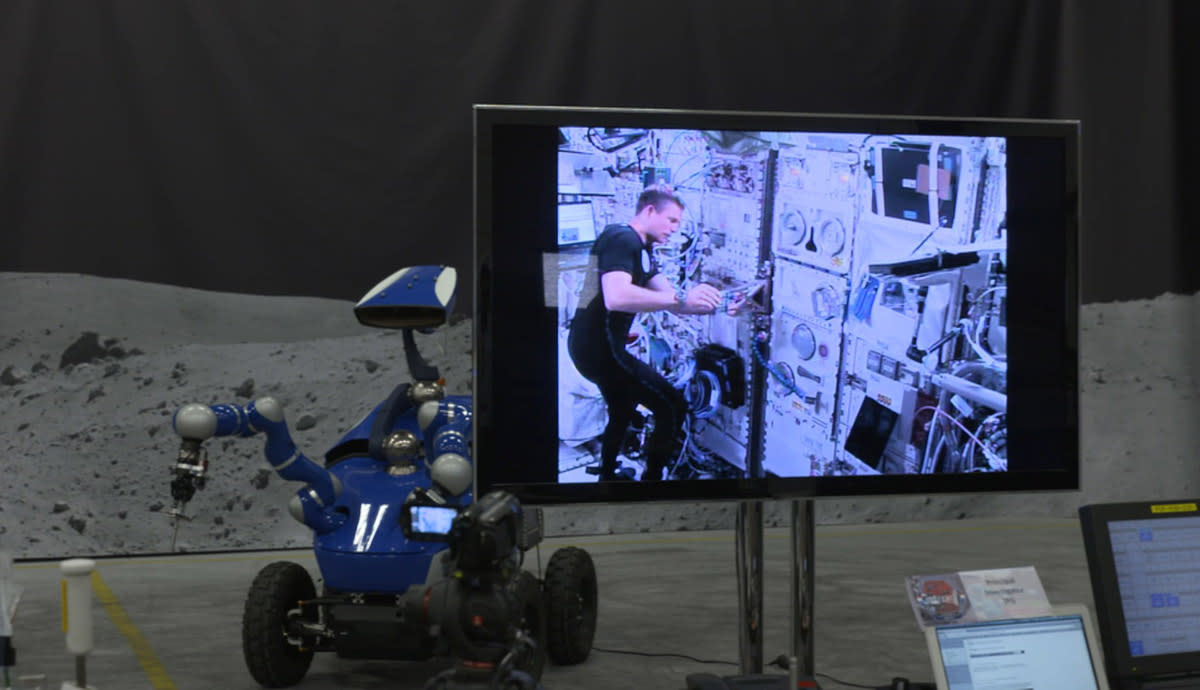 ESA astronaut Andreas Mogensen was tasked to put a metal peg into a hole in a task board, which would have been really easy -- if he weren't in low-Earth orbit and 248 miles away from the setup. Mogensen controlled a rover from aboard the International Space Station using a force-feedback control system developed by the ESA. The system's force-feedback joystick allowed him to feel when the robot meets resistance on the ground, giving him better control of its limbs without that capability. Due to the astronaut's distance from the setup, there was a one-second lag, but the ground crew used "sophisticated software" to make sure the controller and the rover are in sync. It took Mogensen 45 minutes to accomplish the task for the first time, but the second attempt was more promising and took only 10 minutes.

If you recall, this technology was first tested back in June by NASA astronaut Terry Virts while he was also aboard the ISS to "shake hands" with someone on Earth. In the future, it could be used to remotely control rovers in dangerous locations, such as collapsed buildings and irradiated areas, or even on the moon or on Mars.

In this article: esa, nasa, space
All products recommended by Engadget are selected by our editorial team, independent of our parent company. Some of our stories include affiliate links. If you buy something through one of these links, we may earn an affiliate commission.