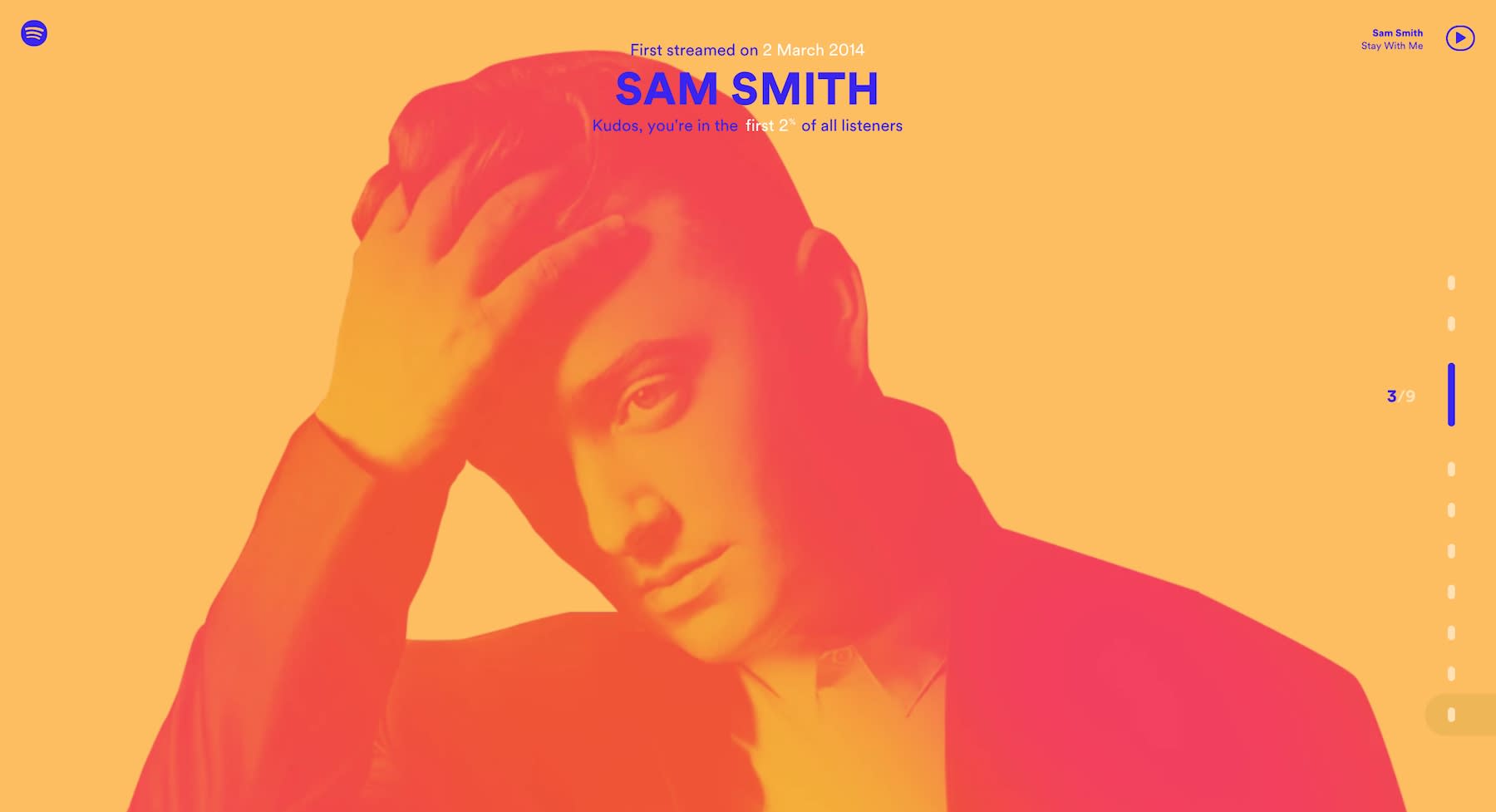 If you think back, you can probably name one artist or album you feel you knew about before everyone else. Now Spotify wants to help you prove it. With "Found Them First," the streaming company can go back through your track history and identify whether you listened to an artist or band before they made it big.

When you head over to the microsite, you'll be asked to enter your Spotify login and allow the tool to comb through your account. It'll then find out the first time you streamed an artist, work out if you were in the first 15 percent of listeners and identify whether they have topped 20 million total Spotify streams and enjoyed a growth rate more than 2000 percent between January 2013 and June 2015. My results showed I had supposedly "discovered" nine artists and presented the interesting factoid that I'd listened to Sam Smith before 98 percent of other Spotify users. That said, I was also credited with helping Bastille break out as well.

Once you've scrolled through the tracks and marveled (or weeped) at your taste in music, Spotify will create a customized playlist of other "breakout" artists that it thinks you've yet to listen to. With Apple Music going big on curated playlists, Spotify is hoping that big data can help users find new music that they actually like (think Discover Weekly), similar to what Apple is doing with its Beats 1 radio station.

Are you someone who is likely to say "you probably haven't heard of it" when you discuss your favorite tracks or albums? Spotify can now tell you one of two things: you got in before they became mega-popular, or you're now such a hipster, not enough people have picked up on them yet.

In this article: data, foundthemfirst, hdpostcross, music, spotify, streaming, tracks
All products recommended by Engadget are selected by our editorial team, independent of our parent company. Some of our stories include affiliate links. If you buy something through one of these links, we may earn an affiliate commission.