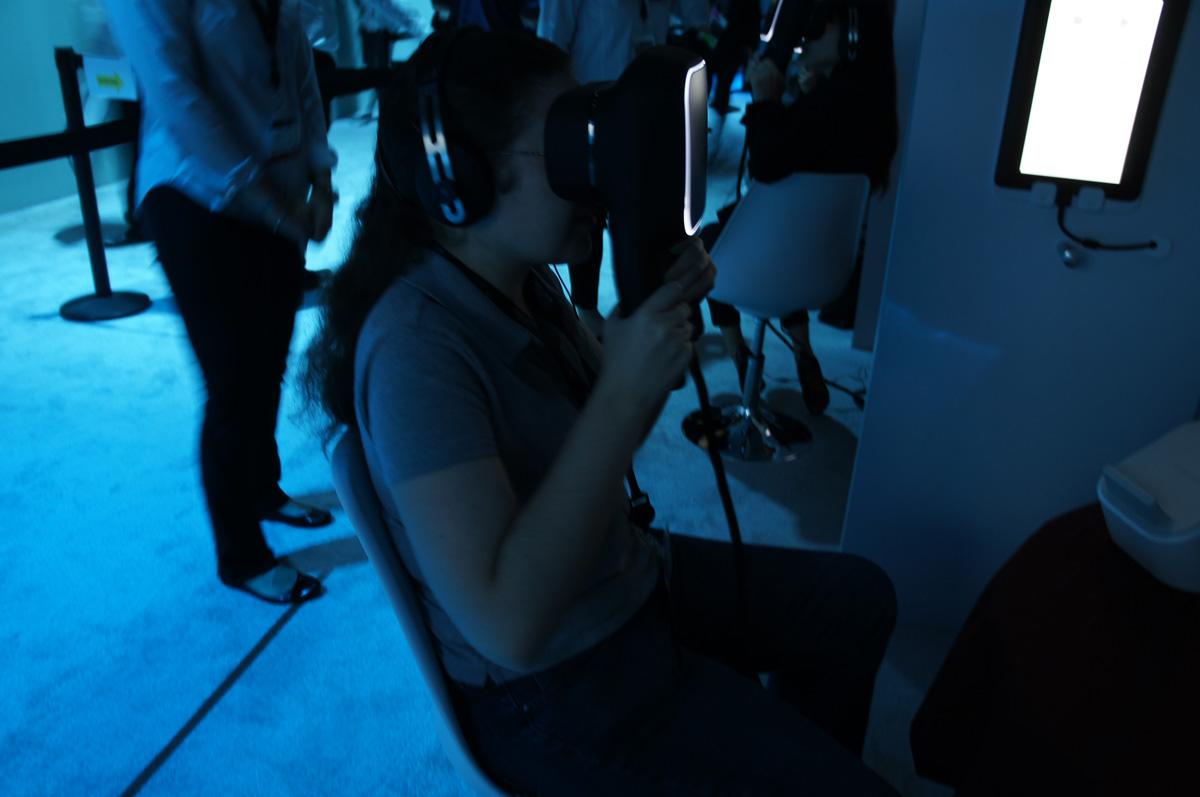 Canon might not be a contender in the field of consumer VR right now, but a prototype seen on the show floor at this week's Canon Expo definitely promises good things in that arena. The development unit sports two 5.5-inch LCD panels, each coming in at 2,560 x 1,440 for a total 5K resolution -- topping many devices already on the market (or coming soon).

The VR unit isn't ready for primetime just yet, though. The current model lacks any kind of built-in audio, requiring users put on a pair of external headphones to get the full experience. And it's not a headset so much as it is a handset -- grips on each side allow users to hold it in front of their face. The plus side to this arrangement is that the eyepiece is way more comfortable for glasses-wearers.

The demo video placed me in a large golden room with a domed ceiling, placed in the center of a flamenco performance. The VR unit sports a 120 degree view, and to that effect I was able to turn my head all around to look at each performer individually, including one particularly intense guitar player situated directly behind me. The image was incredibly bright and sharp, as befitting its high resolution, but there was a disconcerting bit of blur whenever I redirected the handset to look at something new -- not as bad as say, earlier versions of the Oculus Rift, but still a noticeable flaw in an otherwise attractive experience.

Like many products at Canon Expo, the VR unit is still a work-in-progress with no set release plans. But given the amount of design polish and ergonomic consideration present in the demo unit, I wouldn't be surprised if the company has something to offer consumers soon.

In this article: canon, CanonExpo, CanonExpo2015, VR
All products recommended by Engadget are selected by our editorial team, independent of our parent company. Some of our stories include affiliate links. If you buy something through one of these links, we may earn an affiliate commission.