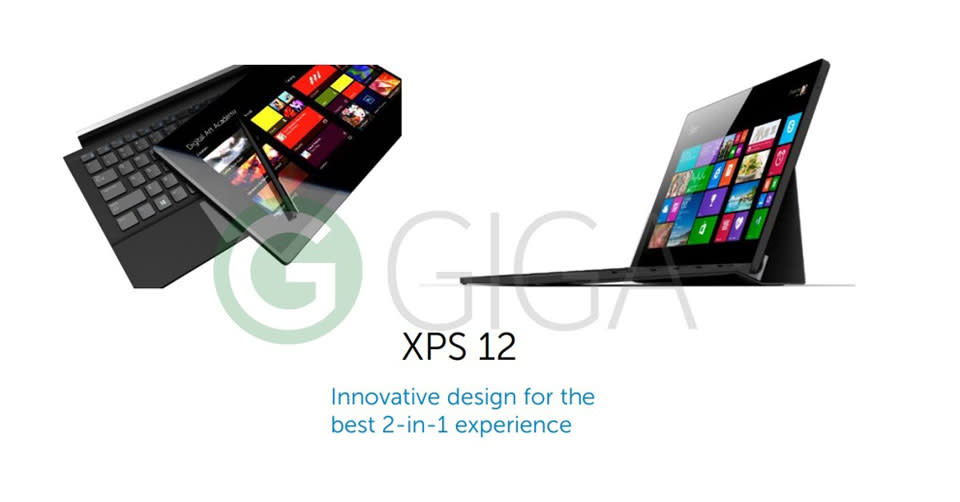 Wondering why Dell is cool with selling Microsoft's Surface Pro when it doesn't have a direct equivalent right now? This might be why. Giga claims to have leaked details of a reborn XPS 12 that would ditch the convertible laptop design in favor of the Surface's tablet-plus-keyboard combo, right down to the kickstand. Yes, Dell appears to be taking a page from Lenovo's book and competing with Microsoft's 2-in-1 PC on its home turf. Not that this would be a direct clone, mind you. The XPS 12 reportedly touts a color-accurate 4K touchscreen with a super-thin, XPS 13-style bezel. You'd also get a Thunderbolt 3 connector (great for docking a slew of devices using just one cable) and a sharper 8-megapixel rear camera.

There's no mention of pricing. The inclusions of both a 4K screen and Thunderbolt suggest that the XPS 12 won't be cheap, but the cost will depend on both the choice of processor (a Core M or low-voltage Core i seems likely) and the amount of built-in storage. However, there's no question about availability: the leak hints at a release in October, right when the Surface Pro reaches Dell's corporate sales channels. While it's doubtful that Dell built the new XPS with its Microsoft partnership in mind, it'll conveniently serve as an alternative when you want a little more oomph from your pro tablet.

In this article: computer, dell, leak, pc, tablet, windows, windows10, xps12
All products recommended by Engadget are selected by our editorial team, independent of our parent company. Some of our stories include affiliate links. If you buy something through one of these links, we may earn an affiliate commission.