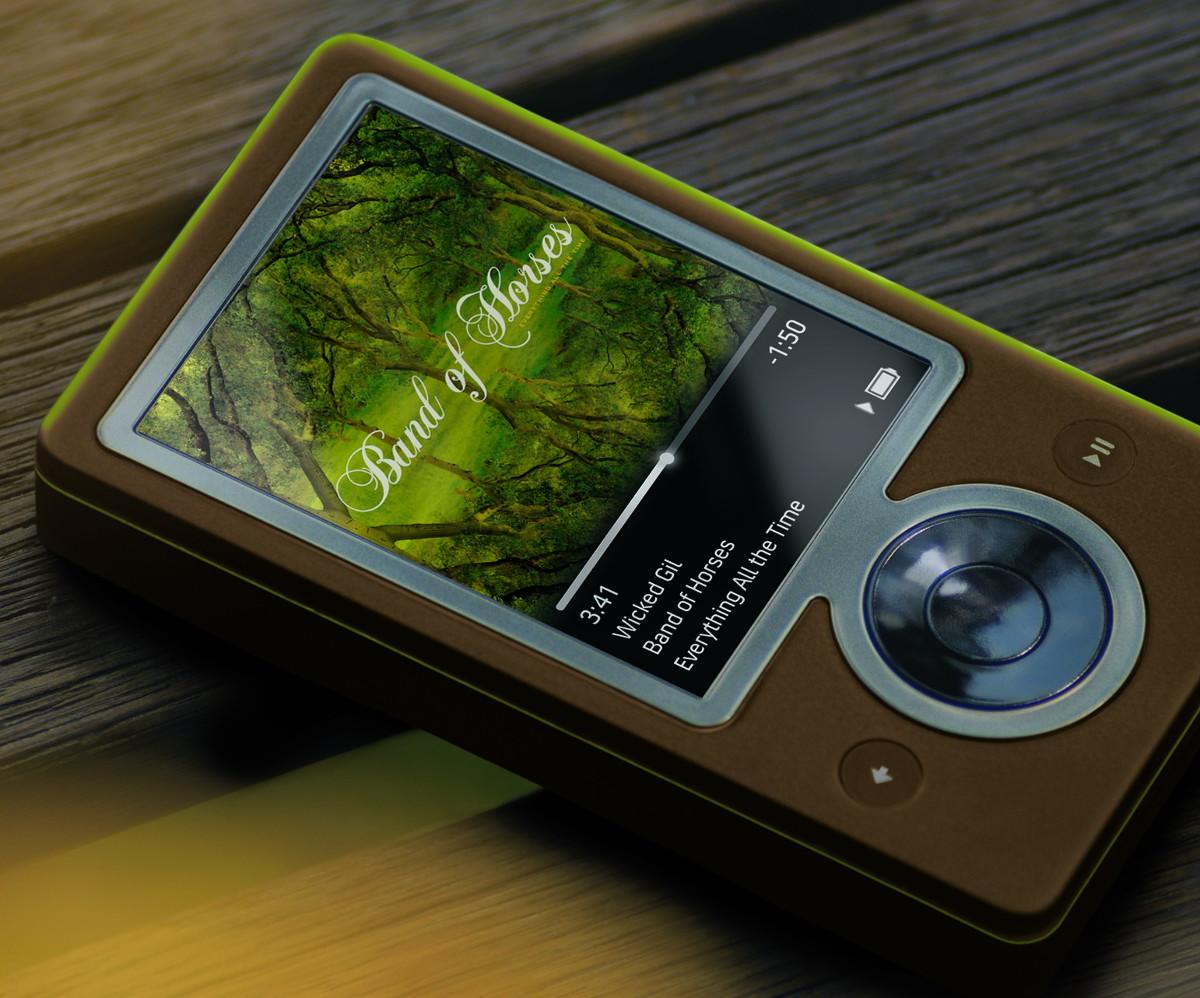 You'd be forgiven for thinking Zune died a long time ago. Microsoft stopped making new hardware years ago. And in 2012 it officially pivoted from the "Zune" branding and launched Xbox Music. And that has since become Groove. But Zune services have quietly continued to be available to those stubbornly clinging to their Microsoft music players and their Music Pass. Sadly, with Zune services shutting down on November 15th, those last vestiges of the brand will disappear for good. So it seemed as good a time as any for the Engadget staff to reflect on their memories of the Zune. I once "won" a Zune in an online raffle. I was pretty stoked, until it arrived. The Zune was sent from the US, and I (at the time) lived in the UK. To collect my "prize" I had to pay about $60 in import taxes. The worst part was that I ended up never using it. Not once. I think I turned it on, checked it out, but never got around to loading it with any music. It then lived in a drawer for several years. In fact, I thought it was still in this apartment somewhere. But my significant other thinks I sold it about a year or so ago. News to me, I only hope I got my money back.

I'm no Apple fanatic, but even I dismissed the Zune as Microsoft desperately trying to join the then-booming music and media player markets. A name that stood out combined with initial hardware that didn't would be a recipe for disaster, I figured. But I knew MS could design good hardware -- my Sidewinder gamepad survived college, after all. It would just take time.

With 2009's Zune HD, I knew Microsoft had finally done it. A gorgeous device with a vibrant OLED screen and beautiful UI, it grabbed my attention immediately. At release, it wasn't even on shelves at the local Best Buy. I spotted some tucked away in a lockbox -- not a good sign for a launch. When an employee retrieved one for me, his lips said, "Here you go," but his eyes said, "Dude. No. Please."

But I loved it. I loaded up songs, videos and the tiny handful of apps available (Project Gotham and Audiosurf were favorites). I took my first steps into the world of podcasts, especially the Zune Insider Podcast. In fact, in one episode, hosts Jessica Zahn and Matt Akers discussed the career paths they took to becoming full-time Microsoft employees. That episode inspired me to try my hand in the tech industry -- specifically as a game tester. Surprisingly, the skills I picked up there directly helped me here, as Engadget's copy editor.

So thank you, Zune HD. I may not have ended up where I am today if I didn't fall for the sexy device with the silly name.

When Microsoft announced an iPod competitor, I couldn't have been happier. I was in college, and Mac products were everywhere. I couldn't enter a lecture hall without facing the glow of a dozen Apple logos, and every twentysomething on campus wore white earbuds in-between classes. As a high-and-mighty PC gamer, I was better than them. My hardware cost less and did more -- and the Zune presented me with the perfect opportunity to rub their smug, trendy computing choices in their faces. I kept my eyes open, found a good sale and nabbed myself a first-generation Zune 30.

The Zune was everything I wanted it to be. It was a counter-culture (to me, at least) MP3 player with plenty of space, neat magnetic headphones and hardware buttons I could manipulate through my pocket. I was smug for months, but it didn't last. It was a nice music player, but it had problems. Bad desktop software, a comparatively meager music library and software updates that generally made things worse. I remember the excitement of learning that the Zune brand was coming to Xbox Live, and then the gut-dropping disappointment when I learned I couldn't manage my MP3 player's library from my game console. I loved the Zune, but everything it did felt like a half measure. We had some good times together (heck, I even subscribed to Zune Pass for a year!), but I don't miss it.

As it turns out, my time as a Zune subscriber ran far longer than my time as a Zune owner. I lost my yellow media player in Vegas not long after I purchased it, but in a pre-Spotify world, the Zune Pass subscription gave me all the music I wanted in the place where I listened to it (on my PC). It's easy to say that Microsoft's plan was ahead of its time as you look at all the subscription music options currently available, but I think the timing was just right. The big problems were a confusing software setup that couldn't beat out iTunes, and media players that weren't any cheaper than the iPods that were already popular. Try finding a Zune-ready dock in any hotel room -- it's not going to happen. Confusing ads claiming it costs $30,000 to fill an iPod instead of just focusing on what was good about Zune didn't help either, but it's all too late now. My lasting memory of the era will have to remain those Zune-sponsored concerts that brought Common and N.E.R.D. to town for cheap, and were my first reminder that I was getting a bit old to go to live shows. Good luck Groove -- you'll need it.

I've had many portable music players over the years -- including the Rio Karma and Toshiba Gigabeat (an early Microsoft Portable Media Center device) -- but the Zune lineup holds a very special place in my heart. They proved that Microsoft could one-up Apple's iPod in many ways, especially when it came to navigating through thousands of songs. The Zune HD, even to this day, is a surprisingly sleek and attractive device. The only problem? They came way too late, long after Apple had cemented the iPod's dominance. And the Zune HD came right in the middle of the iPhone's rise -- who cares about a touchscreen media player when the iPhone could do so much more?

Well, I did. In the early days of smartphones, battery life was particularly precious, and it never made much sense to drain such a mission-critical device just to listen to a few tunes. While my iPhone was always in my right pocket, the Zune HD occupied my left pocket for years. And as a lifelong Windows user, I preferred having a media player that worked natively with Windows (and helped me avoid opening iTunes until I absolutely needed to). Eventually, smartphone batteries got better, and I also started relying on streaming services like Spotify more for my music. One day I realized I could fit my favorite personal music on my phone, along with some choice offline Spotify playlists, and I eventually stopped carrying the Zune around.

It now sits in my desk drawer. Occasionally, I boot it up and wonder how the Zune would have fared if it didn't have a silly name, and if it came a few years earlier. At least Microsoft managed to do something with the Zune's design work. It morphed into Windows Phone, and eventually bled into Windows 8 and Windows 10. Meanwhile, I'm still waiting for a Zune Phone -- except now we're calling it a Surface Phone.

Before there was Bing or Google+, there was Zune.

It was the butt of more nerd jokes than you could possibly imagine. But if I'm honest, I kinda wanted one. Especially that first-gen brown model. It had something the iPod always lacked -- personality. Sure, it was a little boxy and a little odd, but it was unique and beautiful in its own strange way. The slight translucent glow of green around the earthy brown was subtle, but just noticeable enough to catch your eye. It was the perfect answer to Apple's clean-room industrial design.

But, I ended up buying an iPod. Why? Because the Zune only came in 30GB. And for me that was the deal breaker. I needed that 80GBs of storage. Sorry Zune.

In this article: microsoft, zune
All products recommended by Engadget are selected by our editorial team, independent of our parent company. Some of our stories include affiliate links. If you buy something through one of these links, we may earn an affiliate commission.