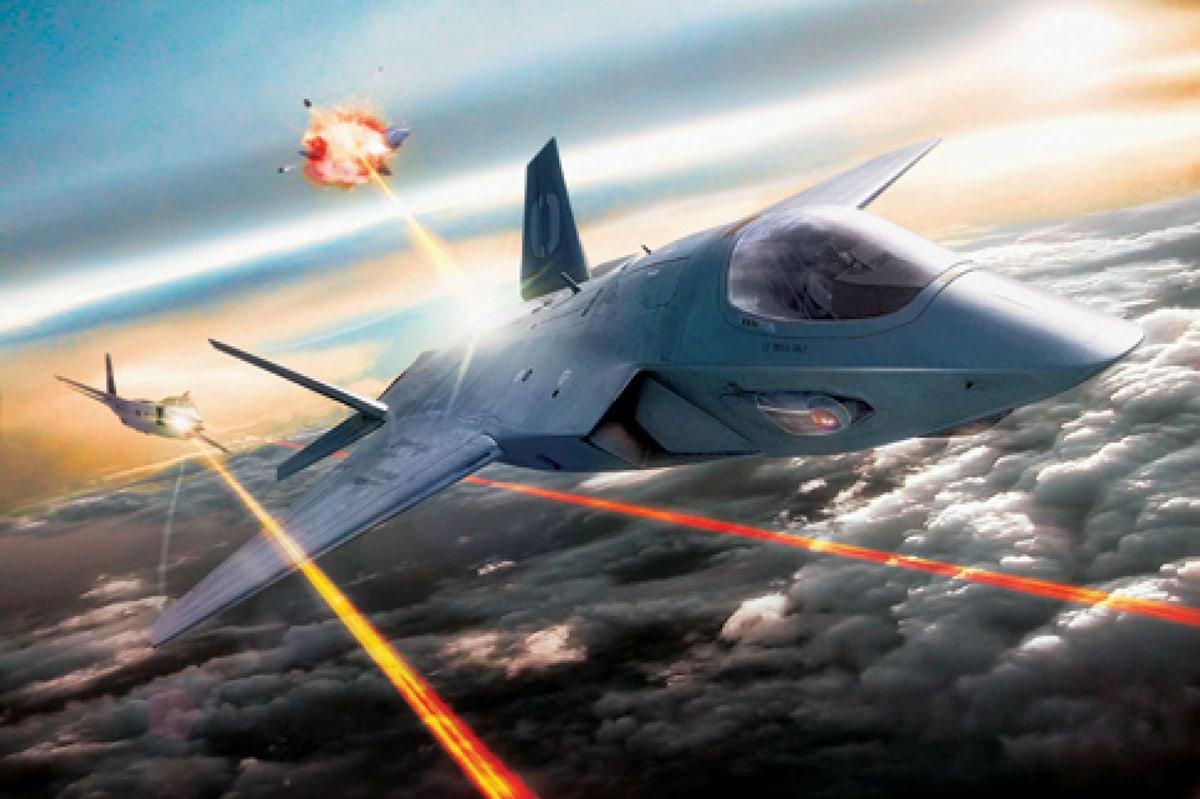 The Army has its HEL-MD (not to mention is working on GI Joe-style rifles and minesweepers); the Navy put a battleship-mounted railgun aboard the USS Ponce; and within the next five years, the Air Force expects to have laser weapons of its very own. These armaments, dubbed directed-energy weapons pods, will be mounted on American warplanes and serve to burn missiles, UAVs -- even other combat aircraft -- clean out of the sky. "I believe we'll have a directed energy pod we can put on a fighter plane very soon," Air Force General Hawk Carlisle said at a Fifth-Generation Warfare lecture during the Air Force Association Air & Space conference earlier this week. "That day is a lot closer than I think a lot of people think it is."

The 150 kW HELLADS system from General Atomics appears to be the current frontrunner for the USAF contract despite the system only having just recently entered ground tests. HELLADS stands for "High Energy Liquid Laser Area Defense System". The third generation prototype measures just 1.3 x 0.4 x 0.5 meters -- small enough to fit onto a Predator C UAV, exactly what DARPA wants to do by 2018 -- and runs off of a single lithium ion battery pack. According to DARPA's Dr. David Shaver,

The goal of the HELLADS program is to develop a 150 kilowatt (kW) laser weapon system that is ten times smaller and lighter than current lasers of similar power, enabling integration onto tactical aircraft to defend against and defeat ground threats. With a weight goal of less than five kilograms per kilowatt, and volume of three cubic meters for the laser system, HELLADS seeks to enable high-energy lasers to be integrated onto tactical aircraft, significantly increasing engagement ranges compared to ground-based systems.

But before it enters operational service, the system must first pass a grueling set of field tests against mortars, rockets, UAVs, simulated surface-to-air missiles and both ground and air vehicles at the White Sands Missile Range in New Mexico. According to Ars Technica, Air Force leaders at the presentation Beyond that, the USAF is working to develop and install Lockheed Martin's ABC laser system on its 6th generation fighters by the mid-2030's.

In this article: 5thGeneration, Air Force Research Laboratory, aircraft, combat, General Atomics, HEL-MD, HELLADS, High Energy Liquid Laser Area Defense System, lasers, Lockheed Martin, military, pewpew, railguns, United States Air Force, USAF, war, White Sands Missile Range
All products recommended by Engadget are selected by our editorial team, independent of our parent company. Some of our stories include affiliate links. If you buy something through one of these links, we may earn an affiliate commission.