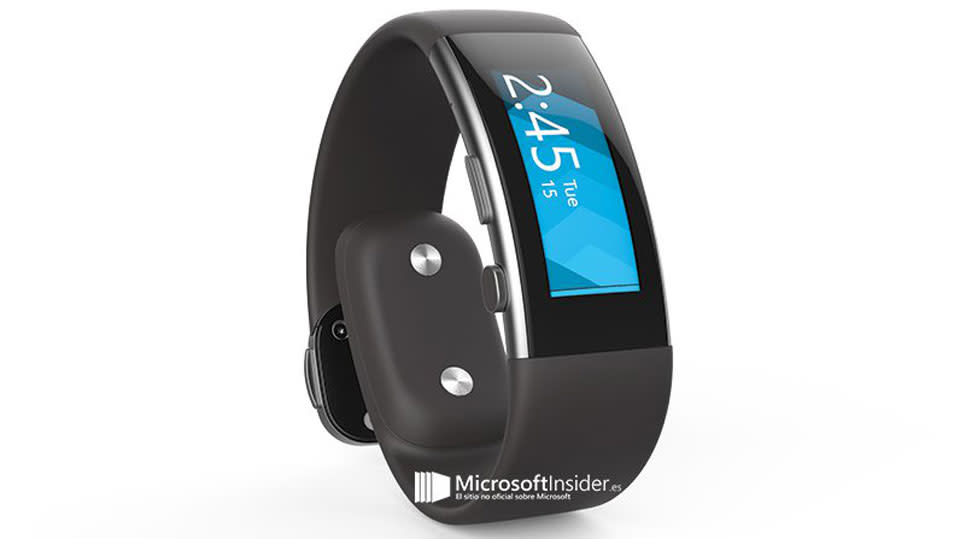 Microsoft's original Band is many things to many people, but "fashion item" typically isn't one of them -- it looks less like a fitness device and more like a court-ordered probation tracker. You probably won't say that about the next generation, though. MicrosoftInsider claims to have images of a second-generation Band whose curved design and metal accents (corroborating earlier rumors) give it a sorely needed sense of style. It's an upscale Gear Fit, really. While it's not certain just how much has improved on the inside, this new Band will reportedly track stair climbing and other changes in altitude. There hasn't been much revealed regarding the product's launch. Microsoft conveniently has a hardware event lined up for October 6th, though, so don't be surprised if the folks in Redmond show this off alongside new phones and tablets.

In this article: activitytracker, band, band2, fitness, fitnesstracker, health, microsoft, microsoftband, microsoftband2, mobilepostcross, wearable
All products recommended by Engadget are selected by our editorial team, independent of our parent company. Some of our stories include affiliate links. If you buy something through one of these links, we may earn an affiliate commission.