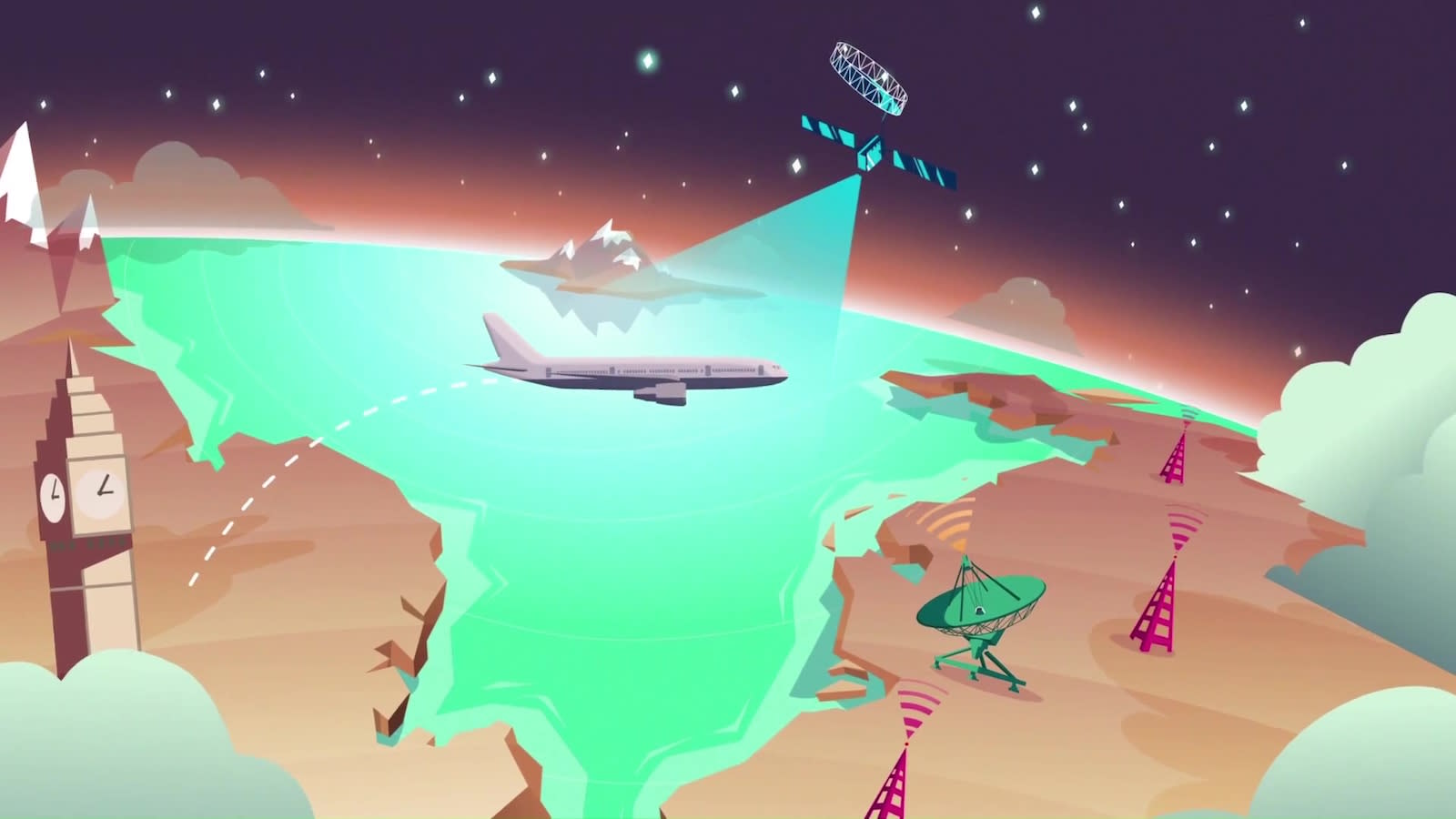 While in-flight WiFi is now pretty common in the US, connectivity in Europe is a little harder to come by. But that could soon change if a new joint-venture between UK satellite company Inmarsat and operator Deutsche Telekom gets off the ground. The two companies today announced the launch of the European Aviation Network, a new framework that combines LTE and satellite networks to deliver high-speed internet across the continent.

The network will work a lot like Gogo's air-to-ground service. The multi-beam satellites rely on Inmarsat's 30MHz (2 x 15MHz) S-band spectrum, which covers all 28 EU member states. Deutsche Telekom, on the other hand, will utilize 300 specially-modified LTE sites that range up to 80 kilometers (normal masts offer around 10 kilometers) and can efficiently deal with the speed of a plane travelling at 10,000 feet.

While British Airways was believed to be in early talks to be a launch customer, Lufthansa will be the first European airline to trial the European Aviation Network system in 2017. Its aircraft will be fitted with equipment that can connect to both the S-band satellite and the high-speed broadband ground network. Those systems will automatically switch between the two, ensuring passengers receive reliable WiFi speeds -- Inmarsat says they'll be "similar to the comfort of high-speed broadband at home" -- whether their plane is above land or water.

In this article: deutsche telekom, inmsarsat, plane, wifi
All products recommended by Engadget are selected by our editorial team, independent of our parent company. Some of our stories include affiliate links. If you buy something through one of these links, we may earn an affiliate commission.