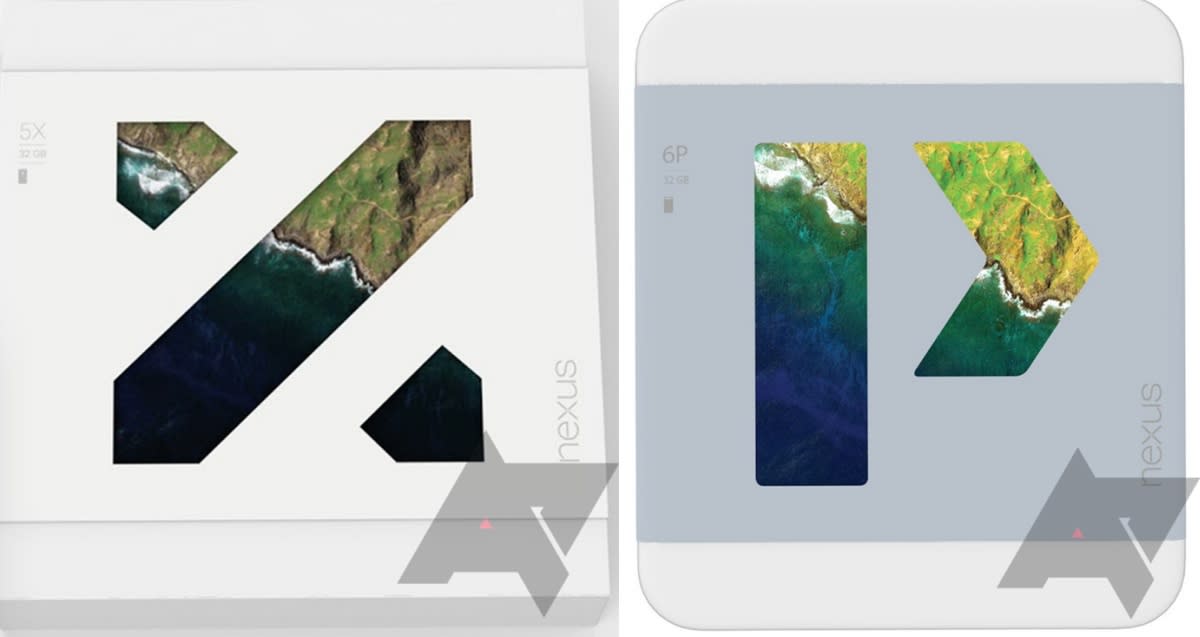 Names, specs and pictures of the next Google-brand phones have already been floating around, and now Android Police has what it says are the retail boxes for the Nexus 5X and Nexus 6P. If you'll recall, these are the rumored LG (5X) and Huawei (6P) devices that Google will introduce at its Android-flavored breakfast meeting one week from today. Of course, most of our speculation is about what else might be there (new Chromecast?), but this peek can help you get an idea of how the eventual unboxing process will begin.

Update: Need a better look at the actual phones? Android Police has also obtained a fairly clear render of the Huawei-built 6P, with its odd back and rear-mounted fingerprint scanner. In this article: android, google, Huawei, LG, mobilepostcross, Nexus, nexus5x, Nexus6P, rumor
All products recommended by Engadget are selected by our editorial team, independent of our parent company. Some of our stories include affiliate links. If you buy something through one of these links, we may earn an affiliate commission.