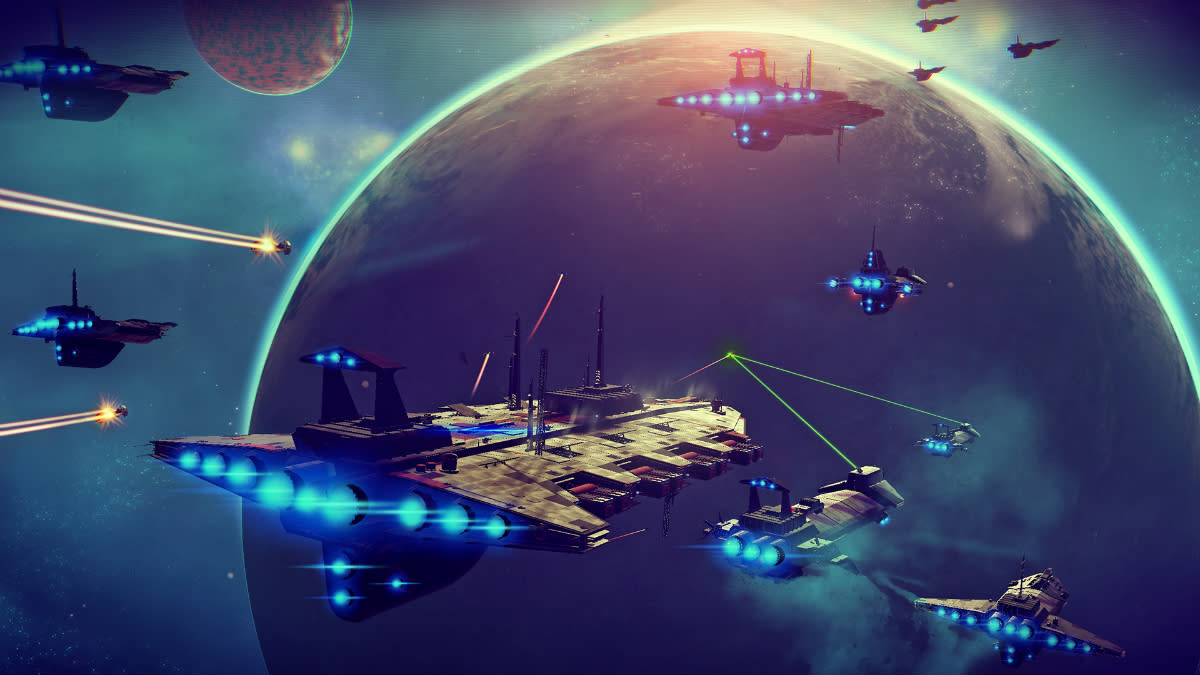 With Apple CEO Tim Cook and other guests, Stephen Colbert has shown that tech will be a big part of his Late Show appeal. That includes gaming, judging by two segments scheduled for next week. On Friday, Colbert will welcome Hello Games founder Sean Murray, who will do an interview and demonstration of No Man's Sky. The title has made numerous appearances of late, including in our own Twitch interview (below). Sony is no doubt building hype for a release of the presumed blockbuster, which will debut on the PS4. The question on everyone's mind, of course, is "when is it coming?" We doubt that'll be answered on Late Show, but you never know.

Colbert's other gaming guest is PewDiePie, who's making an appearance on the same show as Snapchat founder Evan Spiegel, as it happens. The YouTube celeb has 40 million followers and over 10 billion page views -- and is rumored to be getting his own TV show. He'll also give a "demonstration," according to the CBS Late Show run-down, though there's no mention of which game he'll play (and how he'll avoid cursing). The two appearances mark the first gaming appearances on Late Show, though Colbert's rivals all do segments around it, including Conan O'Brien's "Clueless Gamer," and Jimmy Fallon's "Xbox with My Mom." Colbert has also done a "Gamergate" segment on Colbert Report, but it'll be interesting to see how he handles it outside his former conservative buffoon persona.

In this article: demo, guest, HelloGames, lateshowwithstephencolbert, NoMansSky, PewDiePie, preview, StephenColbert, video
All products recommended by Engadget are selected by our editorial team, independent of our parent company. Some of our stories include affiliate links. If you buy something through one of these links, we may earn an affiliate commission.