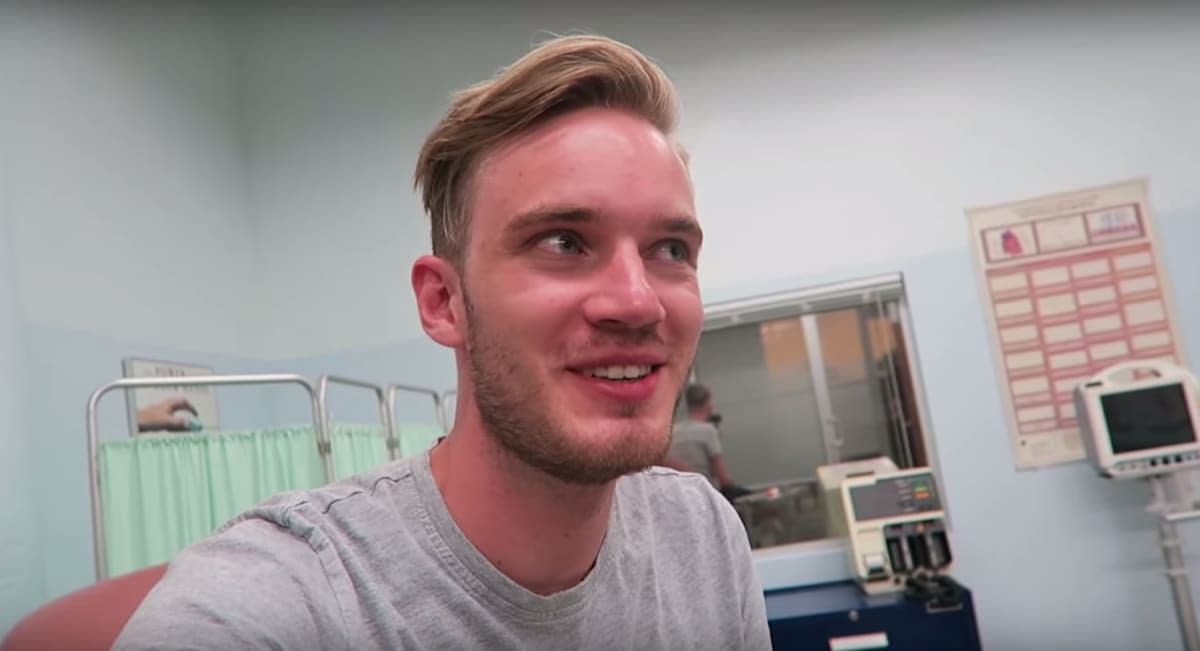 Let's start this off with a disclaimer: PewDiePie is a massively popular YouTube personality who reacts in funny ways while playing video games. He has more than 39 million subscribers, he's been spoofed on South Park and he makes millions each year. He's successful at being silly -- which is serious business, as Twitch's $1 billion price tag, YouTube's new Gaming section and its coming Subscription services demonstrate. A lot of people enjoy PewDiePie and a lot of people don't. Either way, his success and impact on the live-streaming industry is uncontested. That's why he's newsworthy.

Now, on to the news. Felix Kjellberg, known on YouTube as PewDiePie, is in Los Angeles right now to work on something that sounds a lot like a TV show.

Kjellberg is under orders to not talk about the project, but he's been vlogging his adventures in America (he hails from Sweden) and dropping hints along the way. Daily-life vlogs are new for PewDiePie, as his usual videos are "Let's Plays," which feature him sitting at a desk and playing games.

"I found out that I can't really say too much of what I'm doing here," Kjellberg says in his second vlog installment. "People are worried it's going to leak into the media too soon and this vlog might ruin it. Tomorrow though, I am going to go to the doctor because of the show. Or whatever I'm doing. No one knows what I'm doing. It's not a show. Me, doing a show? No."

The subsequent doctor-visit video includes shots of Kjellberg surrounded by a camera crew and filming an intro with famous LA landmarks. The exam room, for what it's worth, doesn't sound like any doctor's office we've ever been in. And, apparently it was all very strange for Kjellberg. "This was the first day and I can't tell you what happened.... I had the weirdest day of my life," he says.

Kjellberg is branching out from his desk chair recently: His first book, This Book Loves You, is due out in October. A TV show (or whatever he's working on in LA) would be another first for him, and it'd be part of a recent YouTube-to-film migration that includes Grace Helbig (The Grace Helbig Show), Anna Akana (Ant-Man), Smosh (Smosh: The Movie) and others.

In this article: letsplay, pewdiepie, television, tv, youtube
All products recommended by Engadget are selected by our editorial team, independent of our parent company. Some of our stories include affiliate links. If you buy something through one of these links, we may earn an affiliate commission.