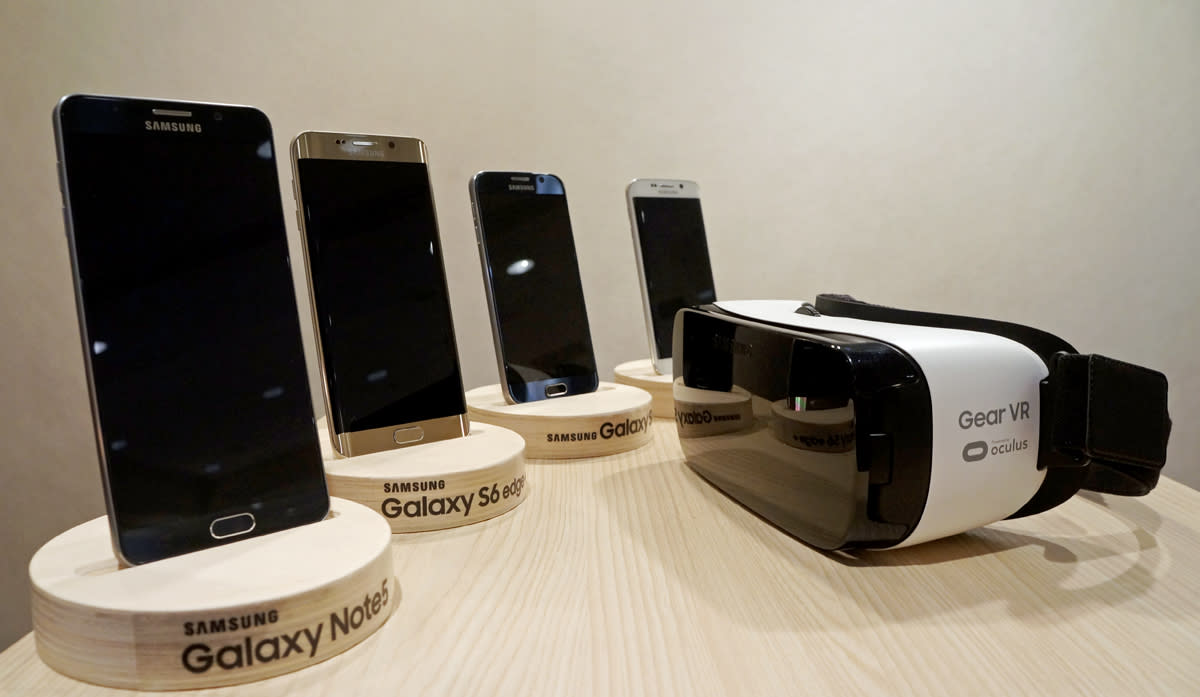 When Samsung announced the newest edition of its mobile virtual reality headset Gear VR, created in partnership with Oculus, it was less about hardware innovation and more of a statement: VR is consumer-ready. Yes, the headset's overall weight has been significantly reduced and its touchpad's been redesigned for easier access. But it's the combination of its $99 price point, range of compatible (and current) Samsung smartphones and multimedia content like Netflix that could finally usher this new medium into households everywhere. "Virtual reality that's accessible to consumers is still very young and so it was all about developing the ecosystem," said Jim Willson, director of immersive products and VR at Samsung, of GearVR's watershed moment. "We had to make sure there was enough content, both in terms of video content ... and on the gaming side."

To Willson's point, shortly after unveiling the new Gear VR on stage, a host of other content partnerships were announced. Consumers that pick up the headset in the fall will have access to Oculus Arcade for classic gaming experiences from Bandai Namco, Sega and others; over 100 movies from Fox accessible through the Oculus Cinema app; and, most importantly, Netflix. While other streaming services like Twitch and Hulu are planned to follow with respective apps in the coming months, it's the availability of Netflix that could make the Gear VR enticing for consumers.

"We're seeing a lot of, particularly on the video side and with Samsung Milk VR usage -- it's been a lot of binge usage, which is great," said Willson. "It's the same sort of thing you see in traditional media with Netflix. And now that Netflix is available on Gear VR..."

What Willson's hinting toward is the captive audience an app like Netflix could provide for the Gear VR platform and the extended time those viewers might be willing to spend within its virtual world. By replicating behavior they're already doing in their living rooms, VR becomes less alien and more familiar; more approachable. It also warms them up for other content experiences available on the Milk VR store, Samsung's own content portal.

"For brands, there's no other medium where you have the consumer's undivided attention. When the consumer has Gear VR on, that's it... they're not doing anything else," he said.

As for access to premium video providers like HBO on Gear VR, Willson wouldn't comment directly. However, he did liken today's content announcements to a domino effect, and indicated that further talks for additional video providers are in the works.

In this article: gear vr, GearVR, hdpostcross, mobilepostcross, Netflix, occ2, OculusConnect2, samsung
All products recommended by Engadget are selected by our editorial team, independent of our parent company. Some of our stories include affiliate links. If you buy something through one of these links, we may earn an affiliate commission.