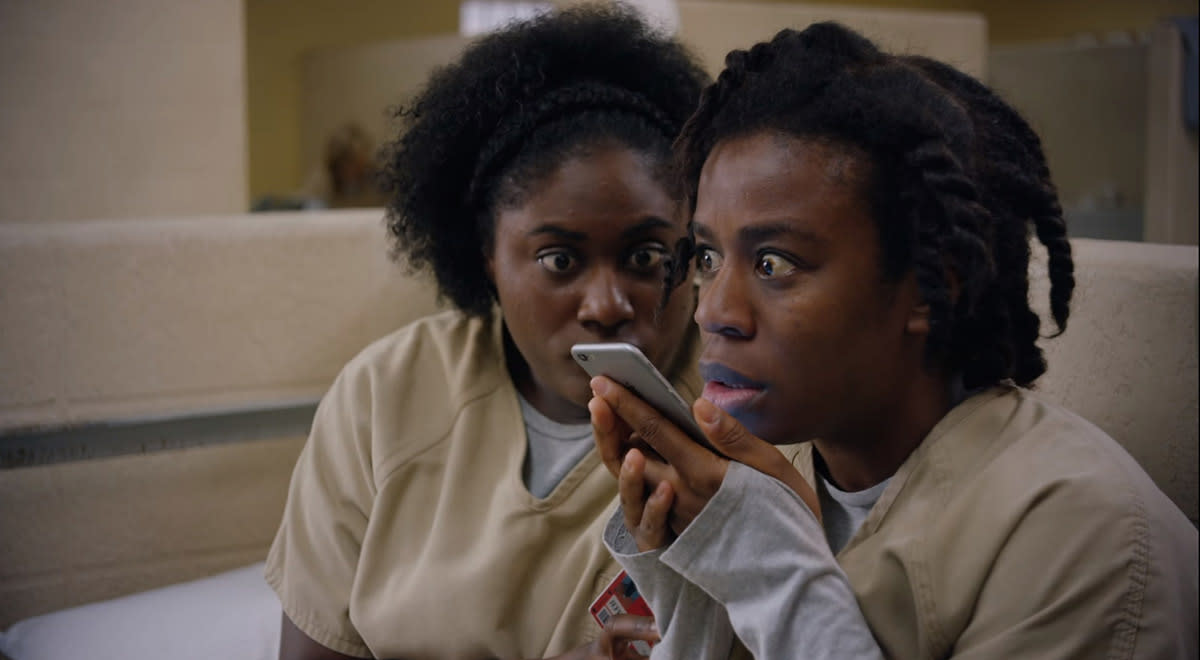 If you want to watch Netflix without setting down your iPhone or iPad, you can now purchase a subscription directly from the app and pay using iTunes. The streaming company amusingly revealed the news using via a clip from Orange is the New Black (below) that shows inmates Crazy Eyes and Taystee trying to figure out Siri. Netflix has had iOS apps for over five years, but until now, you've needed to purchase a subscription over the web or on an Apple TV device. As Variety points out, Netflix may have avoided in-app buys due to the steep 30 percent fee charged by Apple.

The time was ripe for Netflix to jump in, however, as rivals like Hulu and HBO Now let users make such purchases on iOS. Reports suggest that Apple reduced its take from 30 percent to 15 percent for those companies, provided users sign up on Apple TV. It won't matter to you, however, as you'll still pay $9.99 (£5.99 in the UK) whether you purchase a subscription on the iOS app or the web. Other services, like Spotify actually cost more ($12.99 versus $9.99 for Spotify Premium) over iTunes. In fact, the FTC launched an inquiry to ensure that Apple's not breaking any anti-trust laws by making it difficult to for rivals to compete against its $9.99 Music service.

In this article: Apple, In-appPurchases, iTunes, mobilepostcross, Netflix, subscription
All products recommended by Engadget are selected by our editorial team, independent of our parent company. Some of our stories include affiliate links. If you buy something through one of these links, we may earn an affiliate commission.