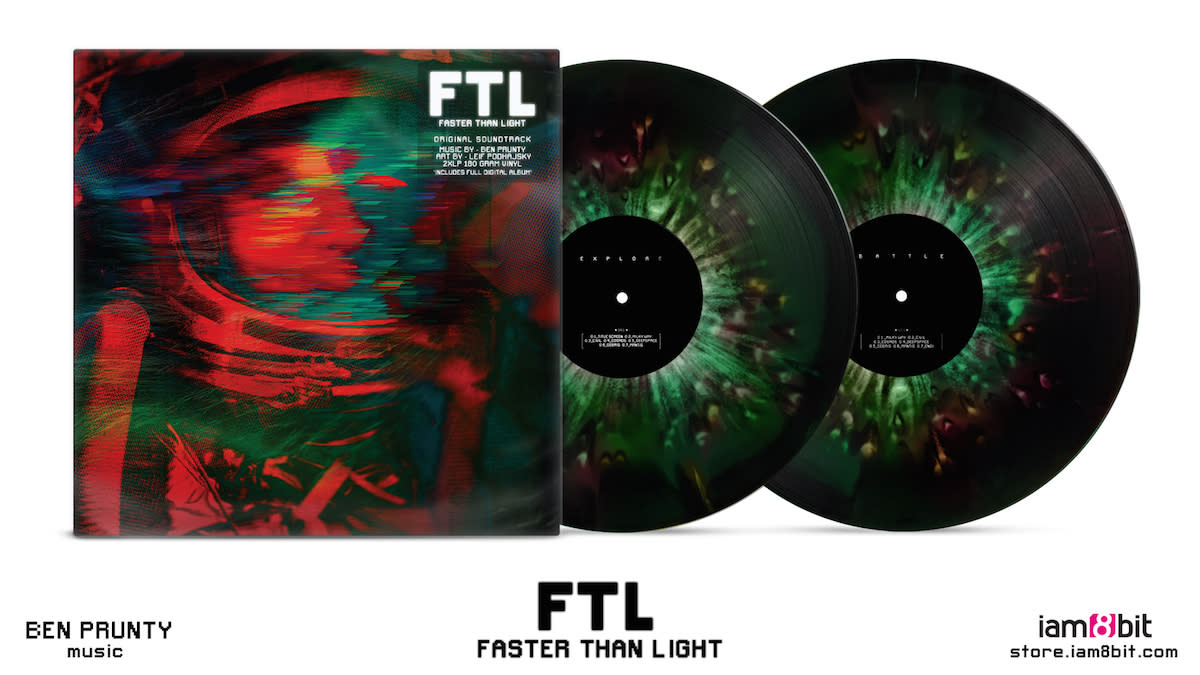 One of the direct results of folks helping Subset Games, the developers of FTL: Faster Than Light, absolutely demolish their Kickstarter goal was hiring Ben Prunty to score the game. And now thanks to iam8bit you'll soon be able to listen to it on the best sounding format possible: vinyl. The two LP set features some truly incredible artwork from designer Leif Podhajsky, trippy starburst green and black vinyl and a download code. To make sure those atmospheric sci-fi sounds are at their best, the soundtrack was mastered for wax at Telegraph Mastering Studio whose clients include Sufjan Stevens and Steve Aoki among many others. The release is up for pre-order right now, ships early next year and will run you $35 plus the cost it takes to get it to your door. Don't have a vinyl fetish obsession but still want these tunes? They're available for $5 over on Prunty's Bandcamp page. 4
In this article: benprunty, ftlfasterthanlight, hdpostcross, iam8bit, indiegames, LeifPodhajsky, soundtrack, subsetgames
All products recommended by Engadget are selected by our editorial team, independent of our parent company. Some of our stories include affiliate links. If you buy something through one of these links, we may earn an affiliate commission.