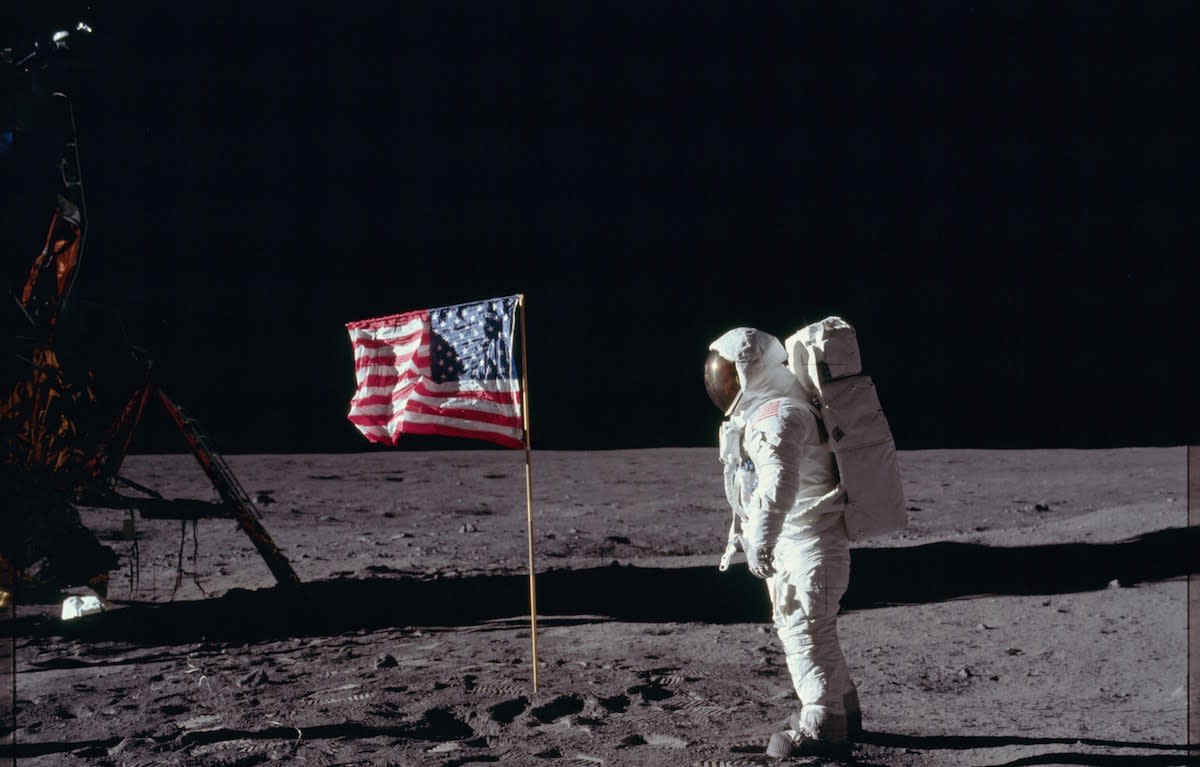 Over the past few months, NASA's been showing us a ton of stunning images of Pluto. And if you thought that was captivating, wait until you see what else has made it onto the web. On Friday, Project Apollo Archive took to Flickr to publish more than 8,400 high-resolution images from NASA's missions to the Moon. The image repository compiles photographs taken by Apollo astronauts during their trips, such as the emblematic Apollo 11 and the final Moon mission, Apollo 17. "Around 2004, Johnson Space Center began re-scanning the original Apollo Hasseelblad camera film magazines, and Eric Jones and I began obtaining TIFF (uncompressed, high-resolution) versions of these new scans on DVD," Kipp Teague, who heads up the project, said to The Planetary Society. "These images were processed for inclusion on our websites, including adjusting color and brightness levels, and reducing the images in size to about 1,000 dpi (dots per inch) for the high-resolution versions." Not surprisingly, they're breath-taking. Best of all, you can download most of them, in case you're in need of a new wallpaper for your homescreen.

In this article: Apollo, Apollo11, Moon, MoonLanding, NASA, Space, SpaceWeek
All products recommended by Engadget are selected by our editorial team, independent of our parent company. Some of our stories include affiliate links. If you buy something through one of these links, we may earn an affiliate commission.