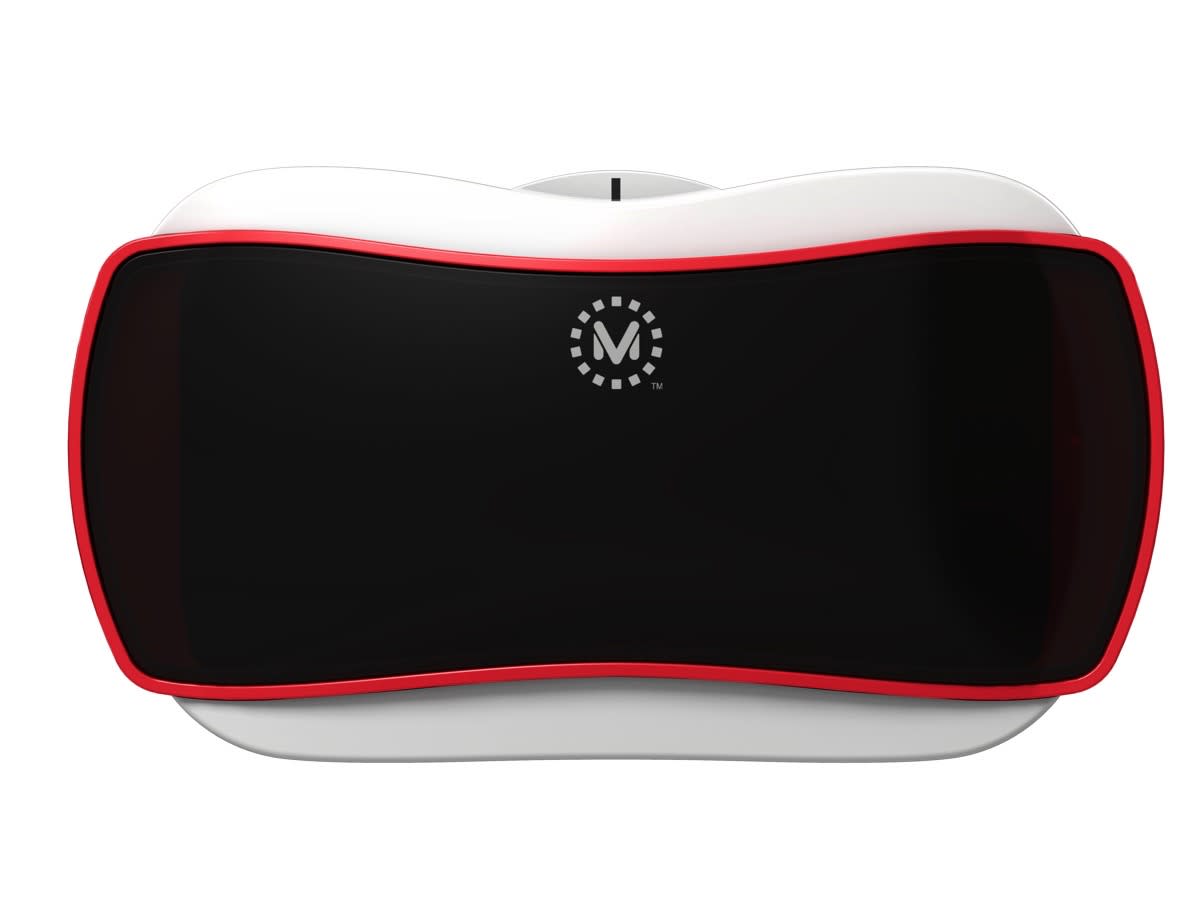 Mattel wants to make virtual reality kid-friendly. The company's been trying to bring its toys into the digital age for the last year or so. Barbie received a speech-recognition makeover; a plush Smart Toy learned how to talk; and earlier this year, the toymaker announced it would leverage Google's Cardboard technology to revamp its iconic View-Master. The new iteration of the viewer was expected to offer an introductory virtual reality experience at an affordable price. Now as the viewer makes its way to shelves this month, the company has unveiled the 360-degree experiences that are designed to be a child's first brush with virtual reality.

The View-Master starter kit includes a shiny red viewer that's equipped with a slot for a wide range of smartphones (including the iPhone 6 Plus and Nexus 6) and a preview reel collectively priced at $30. There are three VR experience packs, in reel or app form, to choose from. Each pack can be bought for an additional $15 and has been carefully constructed for kids age seven and up. Mattel brought in the expertise of NASA and National Geographic for its space and wildlife packs, respectively, while the destinations experience has been captured on-site with a 360-degree camera.

When I launched into the space pack, a computer-generated universe that's been built on the Unity game engine, I expected sweeping views of the galaxy à la Hollywood. But instead, a bright yellow, animated sun, surrounded by planets and dotted orbit paths, instantly caught my eye. The glitchy solar system was reminiscent of a '90s video game and, at first, it did little to transport me to the Milky Way. As I continued to journey through the solar system, I spotted Earth on an orbit close by. Parts of the globe that were away from the sun stayed hidden in darkness, but as I moved around the planet, vivid details in blue and green came to life. When I gazed at the planet long enough, and pushed down the View-Master's lever, it turned into a 3D object that I could move and examine. Popups revealed information and a bright red menu at my feet led me to a "mini-game." When I pulled the lever again, while staring at the game icon, I found myself in a green field where I could catapult soccer balls at targets based on the planet's gravitational pull that popped up on a screen. The same could be repeated on all the other planets.

While the visual experience was semi-immersive, Mattel had clearly retained its edutainment heritage in space. I constantly had access to facts and figures and that was enough to keep me engrossed for a few minutes each time. The wildlife experience, on the other hand, balanced both facts and visuals better than its space counterpart. Depending on the reel, you could end up in the African savanna, Amazon rainforest or Australian outback. As a bonus, Mattel's imported National Geographic's 2D videos into the 360-degree experience. So with one quick push of the lever, you can see highlights of the region or animals in text and watch a short video for context.

For my excursion through the savanna, I tried Mattel's version of augmented reality. I stared down at a reel for a few seconds to see a small lion pop up in the air. I leaned in and pulled the lever to be transported to the animal's habitat. A wide-open field of pale yellow grass and a zeal of zebras stood before me. As I looked up at the bright blue sky, I saw the sun shining overhead. Back on the ground, an icon popped up in front of me to reveal information about the habitat. The third and final pack -- a virtual tour -- allows you to visit landmarks in New York, Greece, London and Mexico. It's a collection of what Mattel is calling "360 photospheres" or images shot on-site with a 360-degree camera that were later stitched and layered with CG to add movement. The real-life imagery sets up the expectation that this would be the most powerful of the three packs. But within seconds of being in London, where images of riverside Thames looked more animated than realistic, I found myself missing the fully simulated lions and zebras of the savanna.

Unlike other VR headsets, the View-Master isn't a strap-on device. Holding it in front of your eyes, with a smartphone slotted in, can get tedious after a few minutes. As a Mattel representative pointed out, the design should force kids to take breaks between immersive experiences. In effect, these breaks could make it easier to view the content in small, digestible snippets minus the dizziness that has long been associated with VR. As the most affordable link in the VR food chain, Mattel's viewer might not have the power-packed performance of a Rift or a Gear VR. But for now, it may well be the safest and easiest way for kids to experiment with a new visual medium that is now effectively taking shape around them.

In this article: Mattel, space, toys, View-Master, vr, VrViewer
All products recommended by Engadget are selected by our editorial team, independent of our parent company. Some of our stories include affiliate links. If you buy something through one of these links, we may earn an affiliate commission.