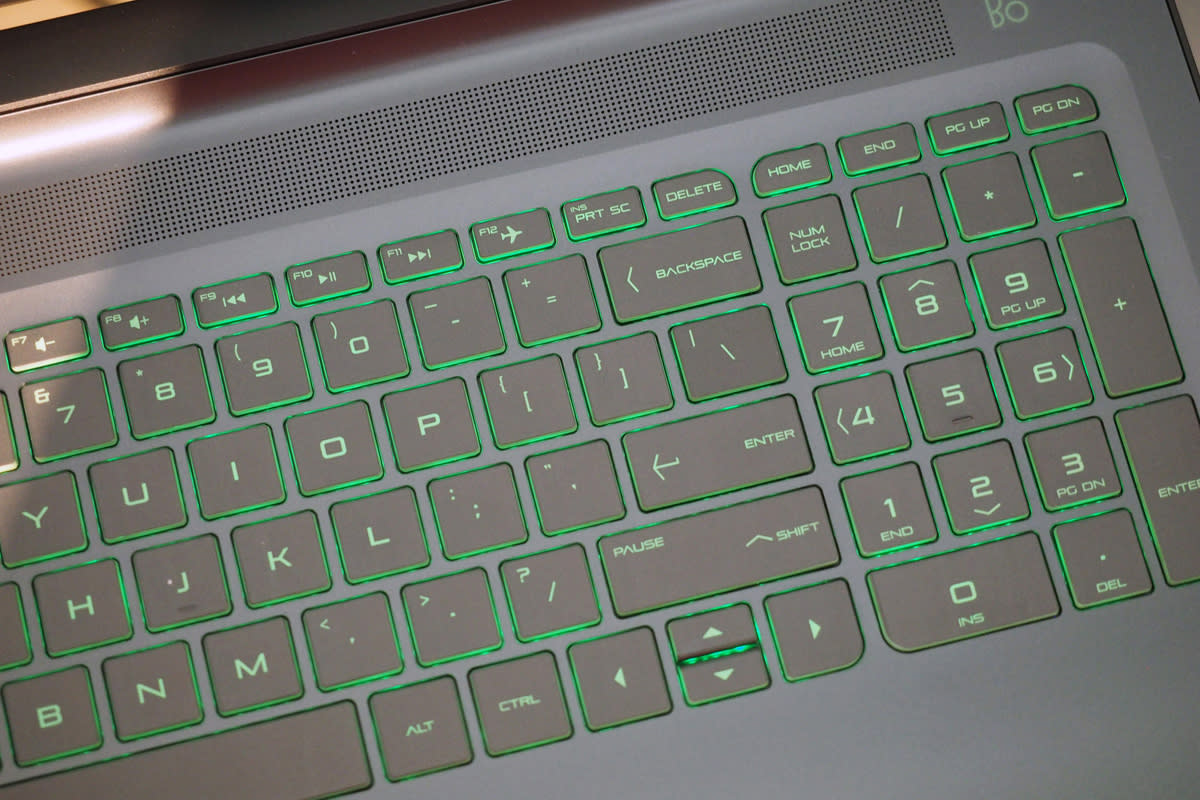 After taking a long break from making gaming notebooks, HP finally got back in the saddle last year when it unveiled the Omen, a slim gaming laptop priced at $1,500. It generally earned respectable reviews on account of its stylish design and decent performance, but had lots of competition at that price, and its rivals often won when it came to sheer horsepower. To cover its bases, then, HP announced the Pavilion Gaming notebook, which starts at a more palatable $900 -- and might have fewer competitors at that price. Though the Pavilion looks the part of a gaming laptop with its backlit green keyboard, it's heavier than the Omen, weighing in at 5.46 pounds, versus 4.68 for the more expensive model. As you'd expect, it runs Intel's new sixth-generation Core processors, which is a good thing because the Omen was dinged in reviews for running older silicon than competing machines. Also, the 15.6-inch screen starts at mere HD (1,366 x 768) resolution, with Full HD offered as an upgrade option. (The Omen comes standard with 1080p.) As for graphics, the Pavilion uses an NVIDIA GTX 950M GPU -- a step down from the 960M offered in the more expensive Omen. Storage options include up to a 2TB HDD, up to a 1TB hybrid drive or a combination 2TB hard disk and 128GB SSD.

Other specs include up to 16GB of RAM and battery life rated at a little over eight hours (that's presumably with no gameplay going on). The Pavilion is also offered with an optional RealSense camera setup in lieu of a normal webcam, which would allow you to take advantage of Windows Hello. Rounding out the feature set, you've got dual Bang & Olufsen speakers, three USB ports (two of them 3.0), HDMI output and an Ethernet jack. The Pavilion arrives November 8th with a starting price $900. That puts it in the same class as machines like the Alienware 13, which costs around the same, but has a slightly better 960M GPU.