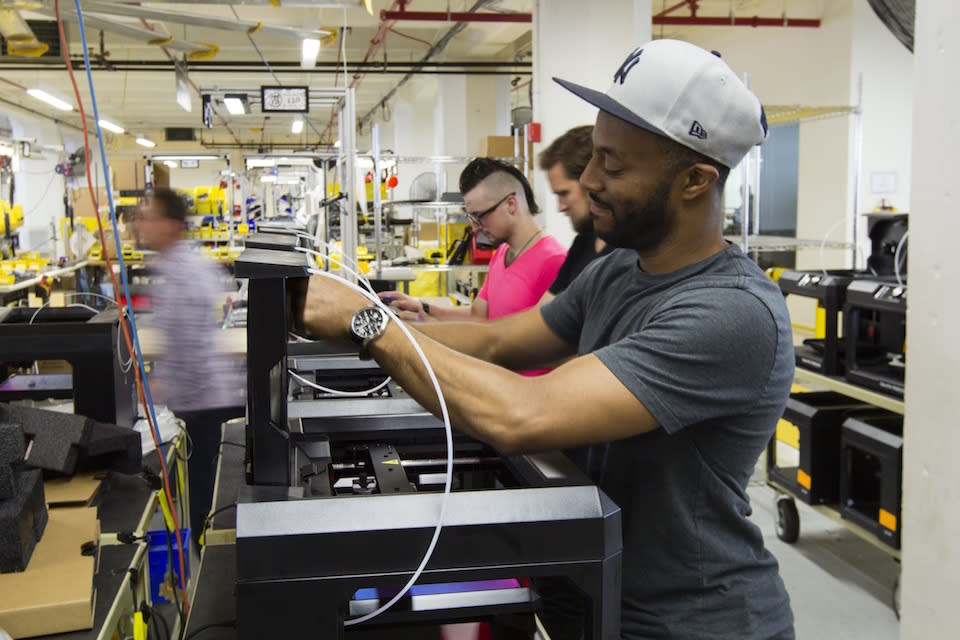 In April MakerBot laid off 20 percent of its workforce. Roughly six months later, it's doing it again, trimming another fifth of its payroll as it struggles to meet lofty ambitions and expectations set by its parent company Stratasys. In a blog post announcing the layoffs and a significant restructuring CEO Jonathan Jaglom said that MakerBot needs to "get back to our entrepreneurial spirit and address our fractured organizational structure." As one of the pioneers of the consumer 3D printing scene MakerBot grew quickly, but the market has stagnated and the company hasn't been able to maintain the same level of growth.

What's more, as it attempted to stretch its wings by opening R&D labs, a factory and built out a stable of software and services for its customers, it has become unwieldy. That's part of the reason MakerBot will be shuttering its R&D center in Industry City and moving the team back to the corporate headquarters in Downtown Brooklyn. The factory in Industry City will remain open, but the company is experimenting with a contract manufacturer to produce last-gen Replicators as a cost saving measure.

The biggest focus for MakerBot going forward will be on building out its ecosystem. What exactly that means isn't 100% clear just yet. But while educating consumers is high on the company's list of priorities, improving support for its existing customer base, like educators and engineers, seems to be an even bigger one.

A shift toward software and services would make sense for the company. Even a cheap 3D printer is significant investment, and it's not the kind of luxury that every DIY enthusiast can afford for their home. A spokesperson told us that, "we [MakerBot] remain highly positive about the future of the 3D printing industry, but the market is not growing as fast as expected." In fact it appears that the market is starting to stabilize, and without an industrial or commercial printing arm to fall back on, it's no surprise that MakerBot has hit on hard times.

In this article: 3dPrinting, layoffs, makerbot, stratasys
All products recommended by Engadget are selected by our editorial team, independent of our parent company. Some of our stories include affiliate links. If you buy something through one of these links, we may earn an affiliate commission.