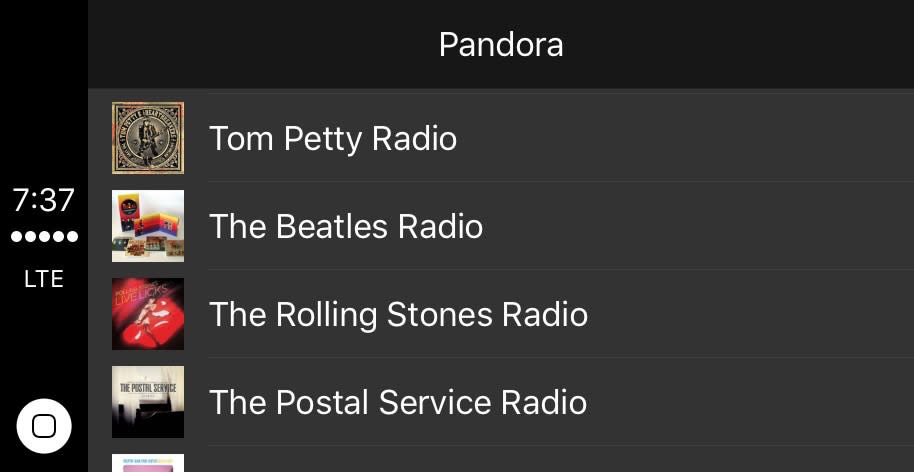 As the number of CarPlay-compatible vehicles continues to grow, it's about time a few extra iOS apps made the jump to the dashboard. The latest to join Apple's in-car operating system is Pandora, which -- despite only mentioning some bug fixes in its release notes -- has quietly added support in its latest app update. The addition was spotted by 9to5Mac and, as you might expect, allows drivers to access their preferred music stations without touching their iPhone. Once you're happily streaming some tunes, you can also head back to the Now Playing screen and use the action menu to give individual tracks a thumbs up or thumbs down. Alongside Spotify, Rdio and iHeartRadio, there are plenty of ways now to get your music fix through CarPlay -- handy if you're itching to ditch Apple Music.

In this article: app, apple, car, carplay, dashboard, ios, pandora
All products recommended by Engadget are selected by our editorial team, independent of our parent company. Some of our stories include affiliate links. If you buy something through one of these links, we may earn an affiliate commission.