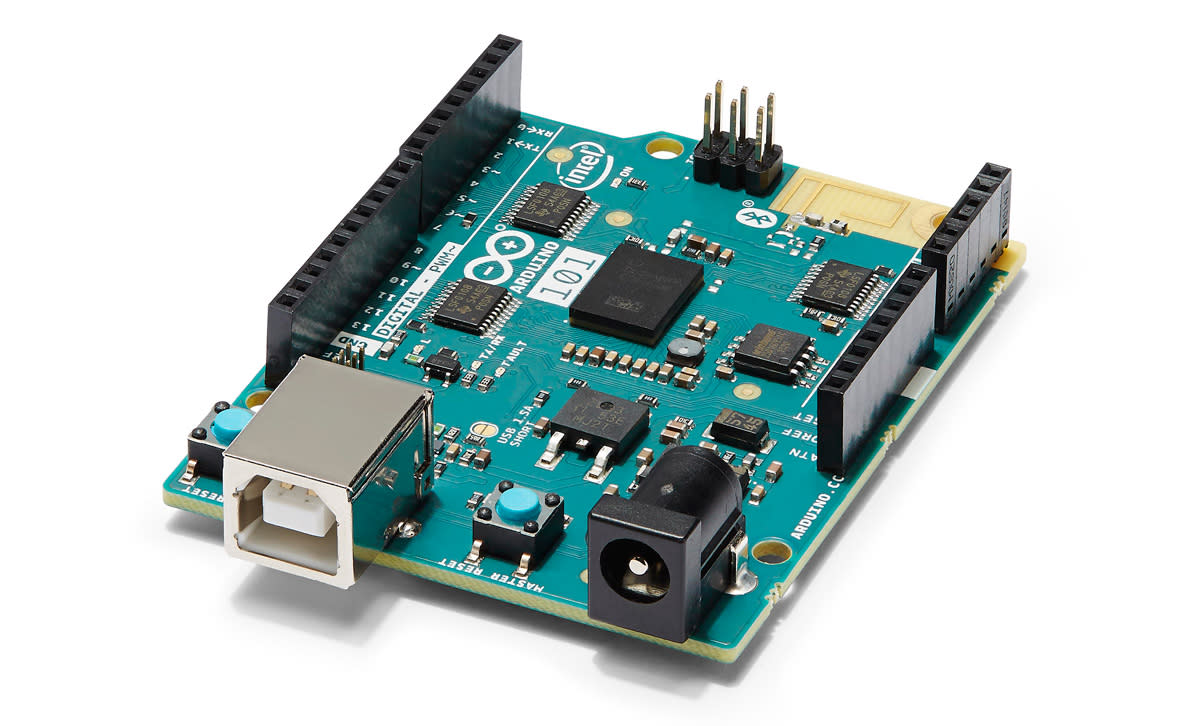 The low-power Curie from Intel helps developers quickly prototype a device with turn-key access to Bluetooth, a six-axis sensor with gyroscope and accelerometer and the 32-bit SOC Quark micro-controller. It's main focus has been the wearable market and since its introduction at CES 2015, it's has been used in sports bras, creepy robot spiders and to measure wicked-cool bike tricks. Now it's being included in a new Arduino board. The Arduino 101 (internationally it'll be called, Genuino 101) is the first widely available development board for the tiny chip. Priced at a reasonable $30 and using the same open-source platform as the rest of the Arduino line, the 101 is targeted at students and makers looking to add some connectivity to a project.

In this article: Arduino, Arduino101, intel, Prototyping
All products recommended by Engadget are selected by our editorial team, independent of our parent company. Some of our stories include affiliate links. If you buy something through one of these links, we may earn an affiliate commission.