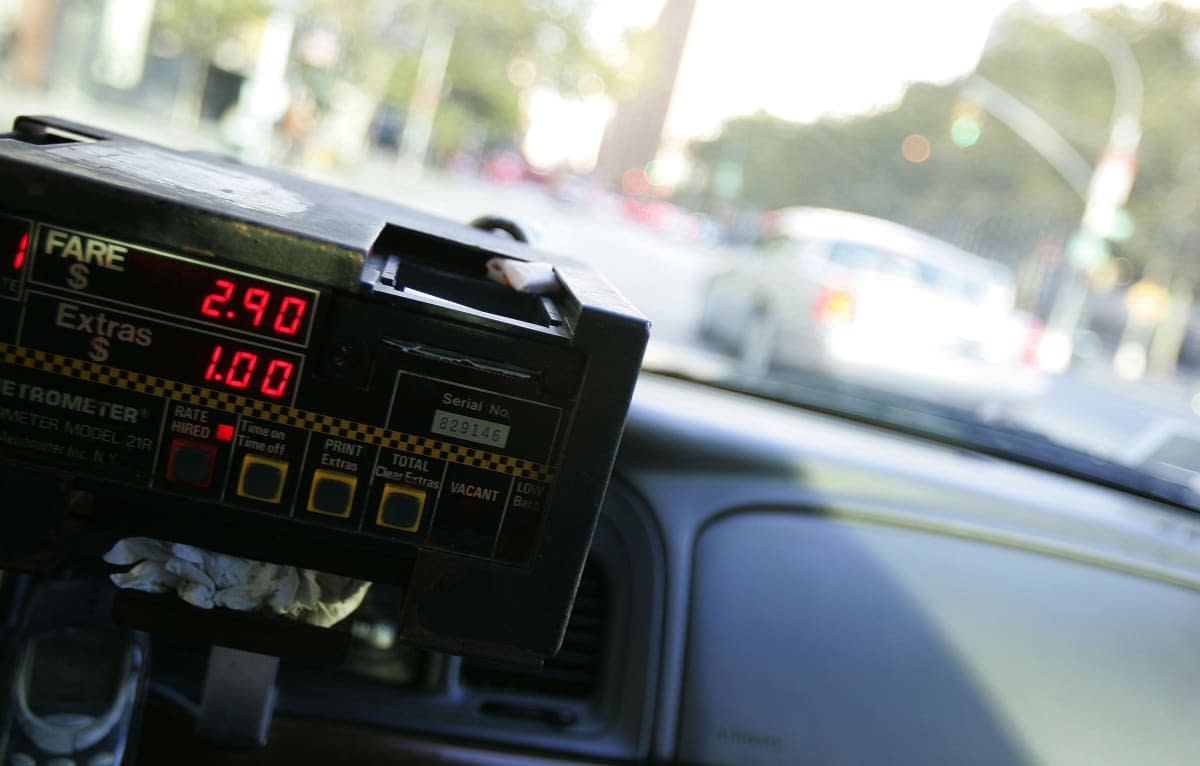 We've already heard that New York City is considering killing those annoying backseat Taxi TV screens, now it looks like the digital fare meter, along with the mechanical method for tracking ride distance, may also be on the way out. Regulators last night approved a pilot program for a new GPS-based distance tracking system for cabs, which would display fare information on a large tablet, the Wall Street Journal reports. That device would also house the cab's credit card reader and GPS system, and it could also deliver the same news and entertainment programming as the current cab TV sets. Ultimately, it would replace five separate pieces of gear cabs currently require. The year-long pilot program will only hit around 1,000 cabs, out of the city's 13,600 yellow taxis. Previously, regulators were considering testing it in around 4,000 cabs, but it scaled the program back after concerns from advocates for the visually impaired, who use the current TV sets for alerts. (Of course, that's also something a more modern tablet could eventually help with.)

In this article: GPS, newyork, newyorkcity, NYC, taxi, taxis, transportation
All products recommended by Engadget are selected by our editorial team, independent of our parent company. Some of our stories include affiliate links. If you buy something through one of these links, we may earn an affiliate commission.