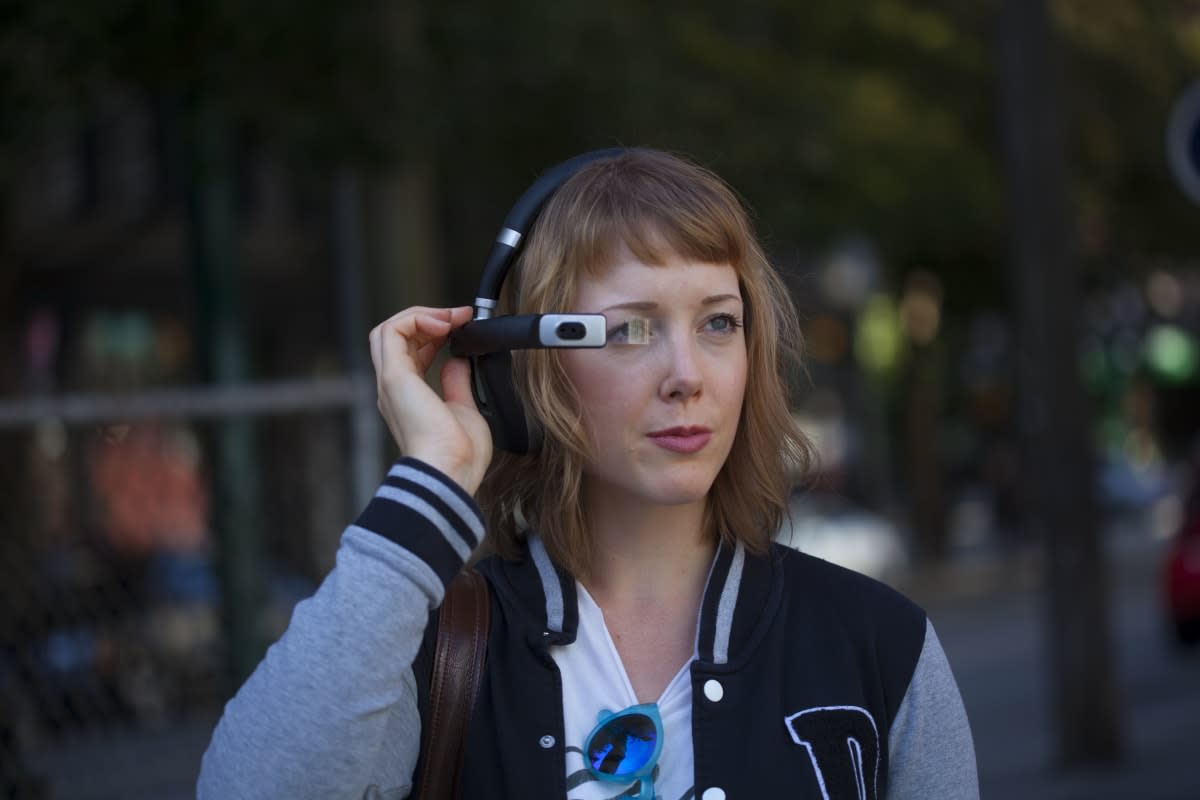 Google Glass was, by all accounts, a spectacular flop in the eyes of potential consumers. Now, another company hopes to succeed where Google has failed by incorporating an AR display into a device people are far more familiar with: over-ear headphones.

They're called the Ora-X and are the first product from Optivent, which is launching a $150,000 Indiegogo campaign today. The Ora-X, which initially debuted as a concept piece at CES last January, is essentially a wearable tablet. The device is powered by Android 4.4 (Kitkat) and is capable of both running standalone apps or streaming media from a Bluetooth-enabled device. Like Glass, the Ora-X is controlled via a touchscreen mounted on the right ear cup, though the screen can be flipped over for left-handers as well. Its full-color AR screen offers a 22 degree field of view, which is the equivalent of looking at a 70 inch display from 15 feet away. Additionally, the Ora-X mounts an autofocusing, forward-facing video camera on the screen arm, which will allow users to capture POV video. The early prototype that Optivent showed me during a recent demo at the Engadget San Francisco office was still pretty rough and only offered limited functionality but the concept seems well-founded at least. The image quality of the screen won't be overtaking your Mac's Retina display anytime soon but the version I saw played music videos from YouTube with surprising clarity and minimal flicker. Also neat is the fact that you don't have to break your natural line of sight to use the screen, as you would with Google Glass. Since the screen is completely transparent, you can overlay whatever you're watching directly in front of whatever you're looking at (note: driving, riding or even running with these things on is a very bad idea).

The headphones themselves are powered by 50 mm drivers. Perhaps the coolest feature is that the entire headset can run independently of other devices, which means that it's not simply an extension of your phone like the Apple Watch but a fully-functional complimentary device. Once the company opens its API to third party developers (assuming it gets funded, of course) I'm excited to see what sort of novel uses people find for it.

In this article: Android, AppleWatch, Glass, google, GoogleGlass, hdpostcross, headphones, IndieGoGo, KitKat, mobilepostcross, Ora-X, smart, smartdevices, YouTube
All products recommended by Engadget are selected by our editorial team, independent of our parent company. Some of our stories include affiliate links. If you buy something through one of these links, we may earn an affiliate commission.