Facebook's live gameshows could take a bite out of HQ Trivia 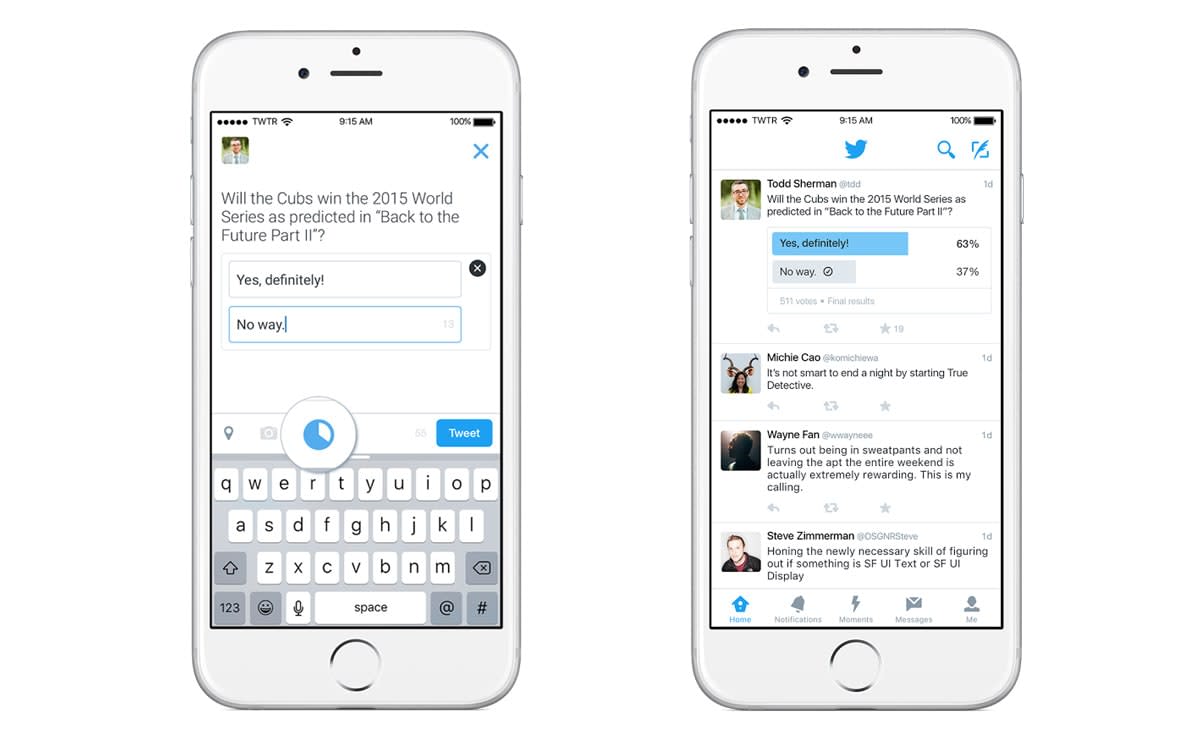 If you've been wondering which candy your Twitter followers prefer -- Red Vines or Twizzlers, -- the social networking company has your back. Starting today, the micro-blogging service is rolling out its poll feature to iOS, Android and on Twitter.com for desktop. Now users can embed two-question ballots into their tweets. Each poll is open for 24 hours and all votes are secret. So, no one will know about your secret love of Twizzlers when you live in a Red Vines family. When the poll does expire, everyone that participated could potentially receive a push notification of the results. The service looks at your current alerts and judges if poll alerts will overwhelm you. Those alerts could compel users to launch Twitter for something other than a 140-character tirade about the new Star Wars trailer and that's exactly what Twitter is looking for.

Twitter has been adding more and more features and upgrades to the network's ancillary components. Direct Messages have become full on groups without a character count. Quotes now shares full tweets without killing your 140-characters. While Moments was launched as a way to help new users figure out who and what to follow and give them a daily reason to launch the app. Polls, like the rest of these improvements, are an enticing way to create more interaction on the network beyond retweets and favs.

And because everyone wants to be part of the winning team, there's a good chance sharing a poll with like-minded friends will become a way to assure a voter's choice is the winning one. It probably won't happen on your question about which Enterprise captain is the best (it's Picard), but for large brands and Twitter, it's another way to get folks to use the service.

Who's the better Enterprise captain?

In this article: Polls, SocialNetworking, Twitter, Voting
All products recommended by Engadget are selected by our editorial team, independent of our parent company. Some of our stories include affiliate links. If you buy something through one of these links, we may earn an affiliate commission.