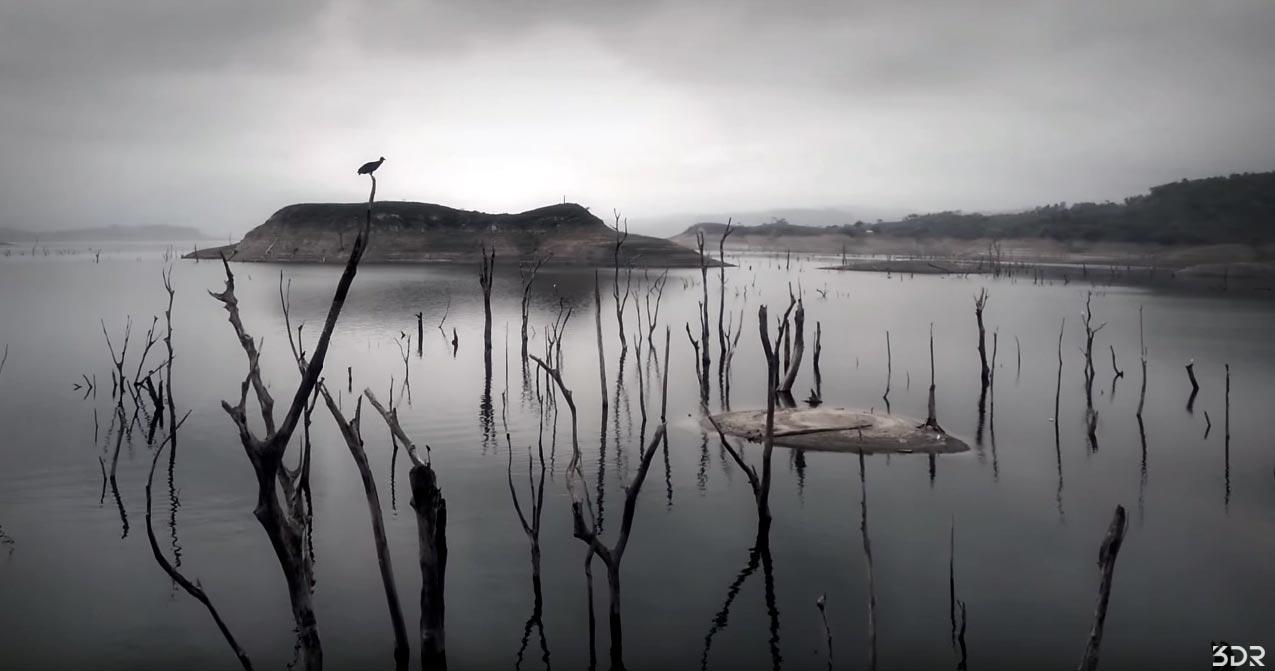 For the most part, consumer drone videos are without narrative; beautiful sweeping views of the world. That's no bad thing, but 3D Robotics thinks we're missing the full potential that quadcopters have to offer. When it revealed its Solo "smart drone" earlier this year, it gave special attention to the camera-specific features -- such as a virtual cable cam, orbit mode and other cinematic options. In case you weren't convinced, 3D Robotics is driving the point home with an original sci-fi mini-series called Life after Gravity shot entirely with the Solo (and a GoPro, naturally). Each episode is accompanied by a blog post that talks you through the production, and details on how key shots were achieved. We're exclusively revealing the first episode right here.

If you didn't watch the video yet, then be warned this paragraph contains spoilers. Episode one opens with a shot that reveals (we assume) our protagonist, Henry Tran. Tran goes by the web moniker "ichingbot32," we also learn he has no "Zero ID" -- the purpose of which we are yet to learn. In true dystopian sci-fi tradition, we're also introduced to the enemy -- a faceless global tech corporation called Eon Space Agency. Eon's futuristic HQ (actually the Soumaya Museum in Mexico City) is also a suspected Thorium reactor -- info which becomes relevant later in the jungle. The episode goes on to lay the foundations for the rest of series, raising questions about what has happened to Earth (or "Earth 2")?, who is now in control? Where are the people? And what is the 6th Cycle?

With the accompanying blog posts that 3D Robotics will publish, we're given a refreshingly detailed account of how every shot in the episode was achieved -- including the Solo smart modes used. We're aware this is about showing off how capable the company's own product is, but there's some good info for all aspiring aerial videographers here. Examples being how you can use a quadcopter's built in stabilizer, or video transmitting features as creative production tools, even when you're filming on the ground.

About that. You may have spotted a few scenes which seem impossible for a quadcopter to achieve. There's one shot in particular where we see the drone's controller in someone's hands -- but look closely at the reflection on the screen, you can clearly make out the Solo's legs. No one said the drone had to be flying, the team rested the quadcopter on the actor's arms.

"There are, of course, constraints to shooting exclusively with a drone. Lighting is tricky. On screen dialogue is tricky." Adam Schlender, Creative Director of 3D Robotics told Engadget. "Part of the challenge (and reward) in working this way is that you plan to improvise, to be creative on the spot. Almost without fail, one location will look different from the air than it did on Google Earth, while another will immediately spark shots you didn't [initially] imagine." The opening scene being one such example, which wasn't part of the original plan, but the crew was en route to another location, and decided it'd make a great shot to lift the curtain to.

Episodes of Life after gravity will be published bi-weekly via 3D Robotic's YouTube channel.

In this article: 3dr, 3drobotics, drone, drones, gopro, lifeaftergravity, miniseries, scifi, solo
All products recommended by Engadget are selected by our editorial team, independent of our parent company. Some of our stories include affiliate links. If you buy something through one of these links, we may earn an affiliate commission.