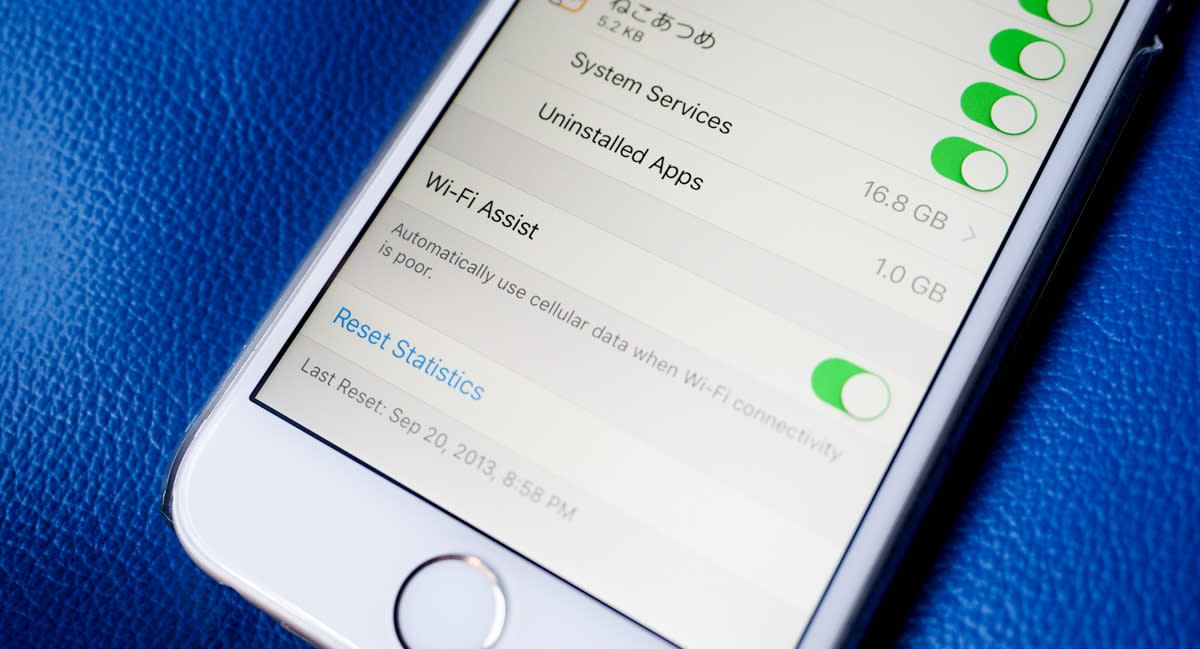 Not happy that iOS 9's WiFi Assist feature is quietly gobbling your iPhone's cellular data for the sake of boosting your WiFi performance? You're not alone -- and you might get compensation for your troubles. A California-based couple has filed a class action lawsuit accusing Apple of doing too little to warn iPhone owners about WiFi Assist's data use. Allegedly, the guide it posted in response to concerns about the feature doesn't cut the mustard. It "downplays" the kind of overage charges you could rack up after upgrading to the newer iOS revision, according to the complaint.

There's no certainty that the lawsuit will succeed, but it could prove relatively expensive for Apple if it does. The couple believes that the damage "exceeds" $5 million because of the sheer number of potentially affected customers. It's hard to imagine that other manufacturers are eager to see Apple lose, either. After all, companies like Samsung have implemented similar WiFi boosts -- they probably don't want to be on the hook for your giant phone bill, even if they bear some responsibility.

In this article: apple, classaction, ios9, iphone, lawsuit, mobilepostcross, wifiassist
All products recommended by Engadget are selected by our editorial team, independent of our parent company. Some of our stories include affiliate links. If you buy something through one of these links, we may earn an affiliate commission.