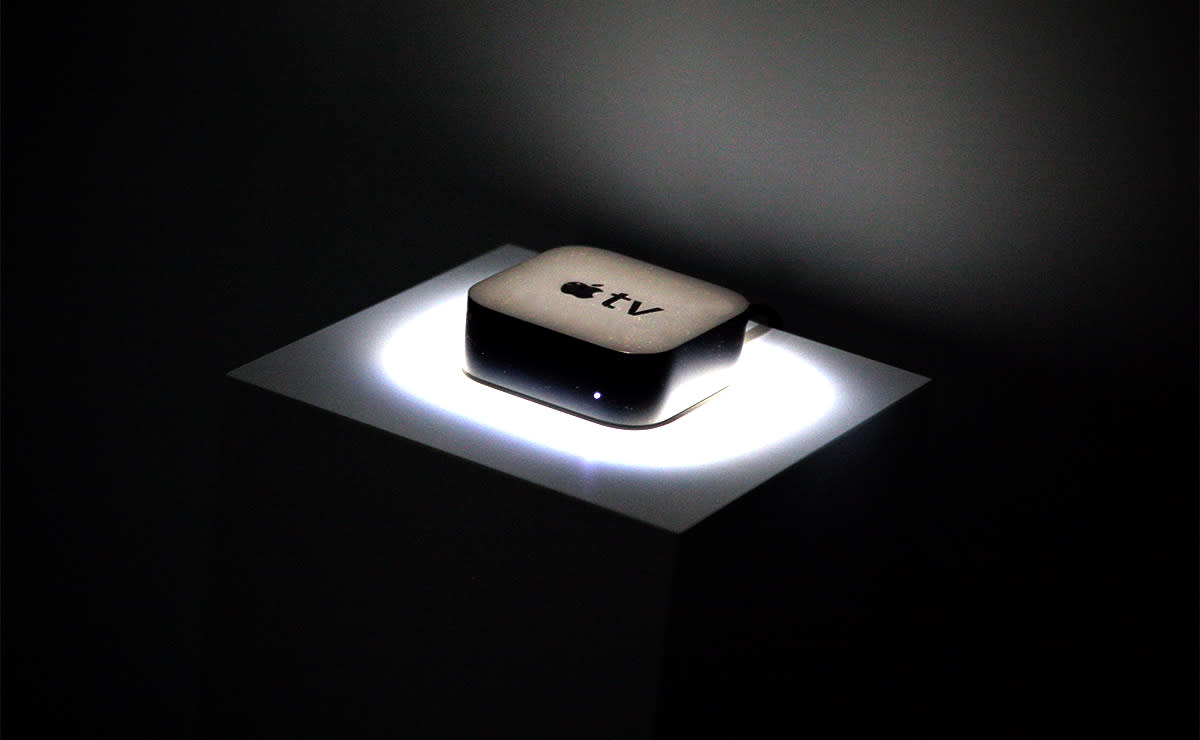 At last, the next iteration of Apple's living room set-top box has arrived. Well, almost. The fourth-generation Apple TV is now available to order online, with the first units arriving on October 30th. The base model with 32GB of storage will set you back $149 (£129), or you can pay an extra $50 (£40) for the 64GB version. The biggest addition is arguably the remote, which now comes with a small touchpad for navigation and games. Yep, video games. It's not a heavyweight console like the PS4 or Xbox One, but you'll be able to play casual titles like Crossy Road and Harmonix's Beat Sports. There's also a much-improved TV interface and Siri-enabled voice commands, should you prefer shouting at the screen to mashing buttons. There's no 4K support -- unlike the latest Amazon and Roku boxes -- but in return you'll be well-prepared for when Apple's long-awaited TV subscription service arrives.

In this article: apple, appletv, hdpostcross, tv
All products recommended by Engadget are selected by our editorial team, independent of our parent company. Some of our stories include affiliate links. If you buy something through one of these links, we may earn an affiliate commission.