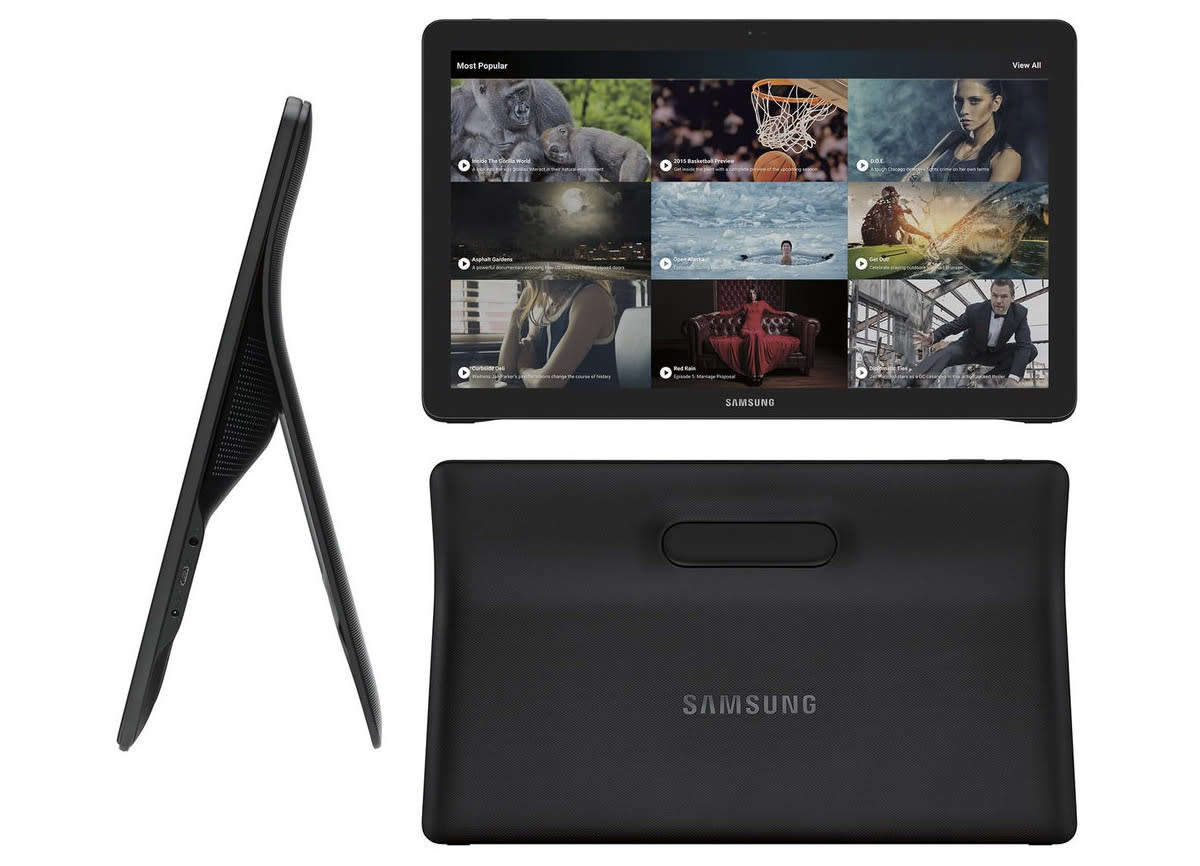 It's hard to visualize how big an 18.4-inch tablet is without reference. Nevertheless, if you want to see Samsung's upcoming enormous device called the Galaxy View up close, check out the images above, courtesy of evleaks. The South Korean manufacturer first gave us a glimpse of the tablet back in September, clearly showing its Microsoft Surface-esque kickstand. More recently, early listings on third-party sellers spotted by several websites revealed that the 32GB version will cost you $600. Those listings have since been removed, but according GSM Arena, it's powered by an Exynos 7580 SoC, has a fullHD resolution display, 32GB of storage, 2GB of RAM and a microSD slot that supports cards up to 128GB in capacity. There's a basic, WiFi-only model and another one with 3G and LTE, which will definitely be more expensive of the two. Since $600 is still cheaper than the most basic iPad Pro, though, we're guessing the whole line will be priced lower than Apple's smaller-but-still-gigantic tablet.

In this article: galaxyview, samsung, samsunggalaxyview
All products recommended by Engadget are selected by our editorial team, independent of our parent company. Some of our stories include affiliate links. If you buy something through one of these links, we may earn an affiliate commission.