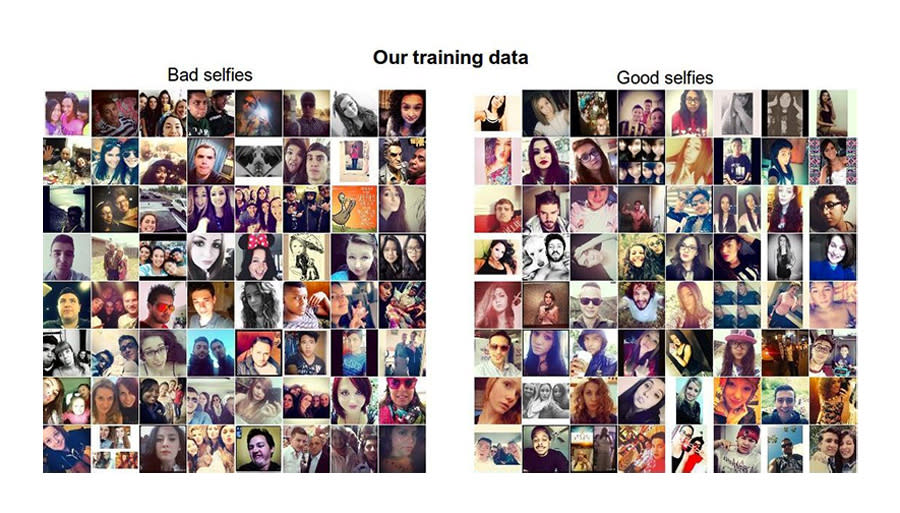 What's the difference between a good and bad selfie? A neural network artificial intelligence, trained on a diet of over two million selfies, apparently knows. First, the important findings: good selfies involve being a woman -- and one that's tilting their head. A small forehead and longer hair are good points too. Filters help, as do borders. For men, while they didn't rank in the AI's top 100 (ugh, bias!), the bot advises that you show your full head and shoulders. Longer hairstyles (and ones combed upwards) don't hurt mens' chances either. Its creator, Andrej Karpathy, who has worked with Google Research and DeepMind, explains that it's a convoluted neural network which does the image recognizing and, er, judging. You can judge yourself (for yourself) using the network's Twitter bot (61.7 percent here), or read on for how it learned to do all that.

Karpathy feed in five million photos tagged "#selfie", clearing down till it was left with around two million workable self-portraits. The neural network was trained to evaluate whether a selfie was a good one or not by looking at likes received on social networks. The system gauging around 140 million parameters, analyzing images by deconstructing them into shapes and colors. Once the neural network was in place, it then tackled 50,000 new selfies -- which helped to cement the rules mentioned earlier. Broader guidelines include avoiding low light, large groups, or taking photos that are a little too close. It had nothing to say about selfie sticks.

In this article: ai, artificial intelligence, neuralnetwork, selfie, selfieeeeee
All products recommended by Engadget are selected by our editorial team, independent of our parent company. Some of our stories include affiliate links. If you buy something through one of these links, we may earn an affiliate commission.