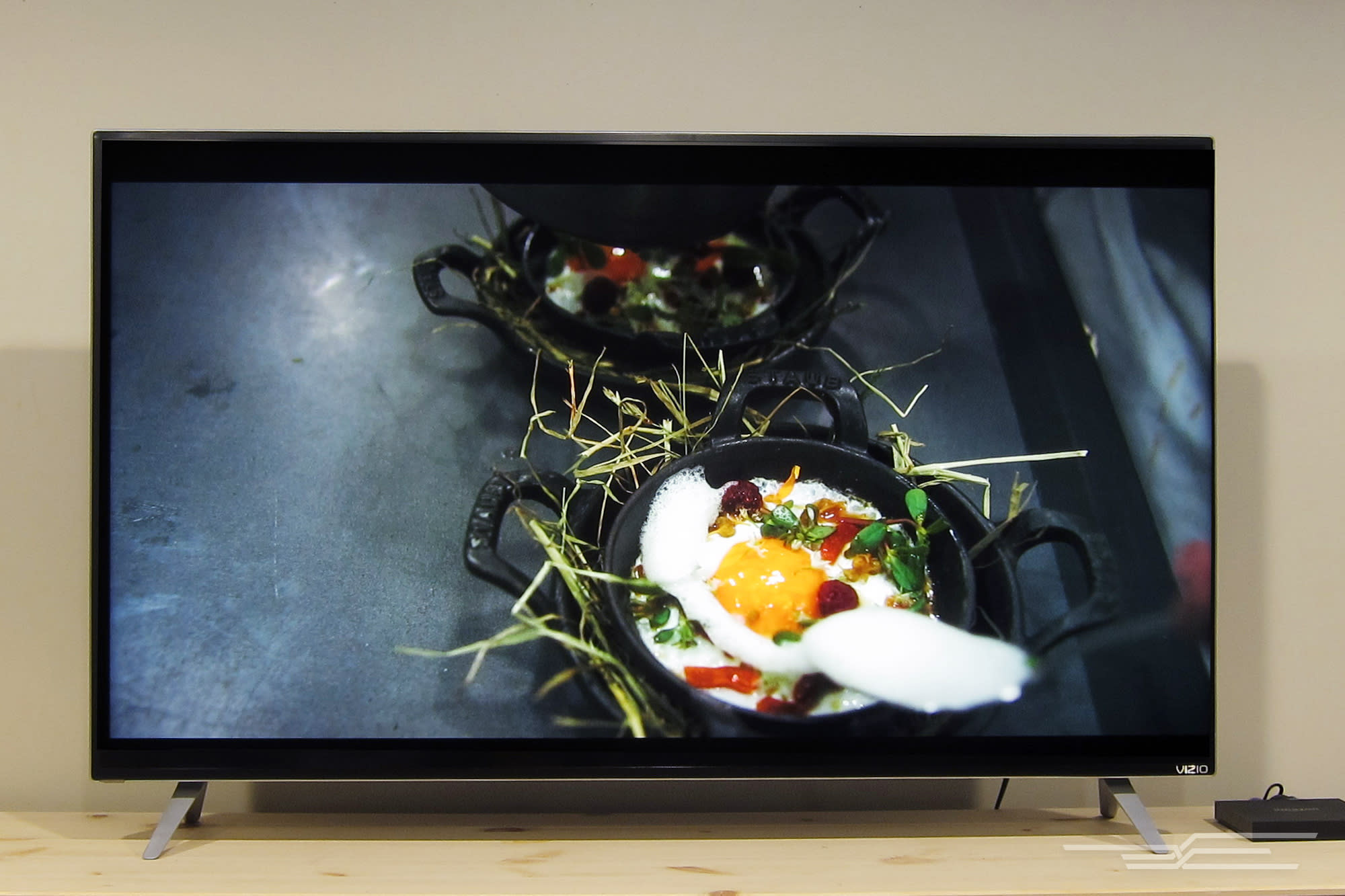 After over 100 hours of researching the field and testing five finalists, we found that the Vizio M43-C1 is the best TV that costs around $500. It provides the best image quality under real-world viewing conditions. It also produces contrast ratios that are twice as high as those of competing TVs: Its blacks are twice as dark as competitors', and its whites are the brightest, great for daytime use in rooms with window reflections. This set has five HDMI inputs, two more than every other TV we tested, and it generates the lowest input lag for the best video gaming performance as well. The fact that it offers UltraHD (or 4K) resolution, instead of 1080p, is a bonus. All of our TVs, ready for testing.

If your TV works and you're happy with it, stick with what you have. If your TV is dying or has already died, or if you're looking for something larger, these TVs offer great performance for a low price.

Our $500 TV pick offers generally better picture quality than most LCDs in this price range, but keep in mind that when you're spending around $500 on a nearly 50-inch TV, you'll find no real winner in terms of picture quality. If obtaining the best picture quality possible is your goal, moving up in price can help you get it. For advice on that, check out our guide to the best TVs. We angled the sets in side-by-side testing so we could look at each one head on from the same position.

We took each of our five finalists out of the box, set them up, and calibrated them to the best of our abilities. We then placed three TVs next to one another on tables of the same height, and we made sure to position each TV at an angle so that we could look at each one dead on. An HDMI distribution amp sent the same signal from a Blu-ray player or Roku box to each TV.

We evaluated the TVs with the lights on and off, and we looked at them all straight on and at angles (to see how well they would work for larger seating arrangements). We also rotated the order from left to right so that we could view each one next to different competitors, to see how that affected our preferences. We used a wide variety of content, including TV, movies, and test patterns, to compare the displays and evaluate their abilities. The Vizio M43-C1 provides superior black levels and contrast ratios, which together give the image more pop than on competing TVs and make it stand out in daytime or nighttime viewing. This set also offers five HDMI inputs (two more than most competitors), one of which is HDMI 2.0 and HDCP 2.2 compatible. Its backlight, which is brighter than that of the competition, is powerful enough to work well in rooms with bright lights or lots of windows, and its local dimming allows it to produce dark blacks. Its UltraHD resolution is a nice bonus.

Almost everyone else loves the Vizio M-Series as well. David Katzmaier of CNET says the 2015 Vizio M-Series "sits at this year's sweet spot of price and picture." Rtings agrees, saying that the new M-Series for 2015 is "the best budget 4k TV available." Reviewed.com isn't as effusive in its praise but calls the M-Series "one of the best values of 2015." The Samsung offers more accurate colors and better streaming than the Vizio, but it's smaller and has worse contrast ratios.

If the Vizio M43-C1 is out of stock, the Samsung UN40J5500 is the next best option. It measures only 40 inches instead of 43 and produces a 1080p image instead of an Ultra HD picture. This set offers a more accurate image than the Vizio in terms of color and color temperature, but without the ultra-dark blacks the Vizio can produce. Its Tizen SmartTV system offers a wider selection of streaming apps compared to the Vizio, along with a nicer on-screen interface. Because the stand is a center column (in contrast to the Vizio's two wide feet), this set might be easier to place on smaller furniture.

After 100 hours of research and hands-on testing with five models, we found the Vizio M43-C1 is the best TV for around $500. It offers the darkest blacks, the best contrast ratios, five HDMI inputs, superior daytime performance, and Ultra HD resolution, for the best overall package.

In this article: hdpostcross, partner, samsung, syndicated, television, thewirecutter, tv, vizio, wirecutter
All products recommended by Engadget are selected by our editorial team, independent of our parent company. Some of our stories include affiliate links. If you buy something through one of these links, we may earn an affiliate commission.