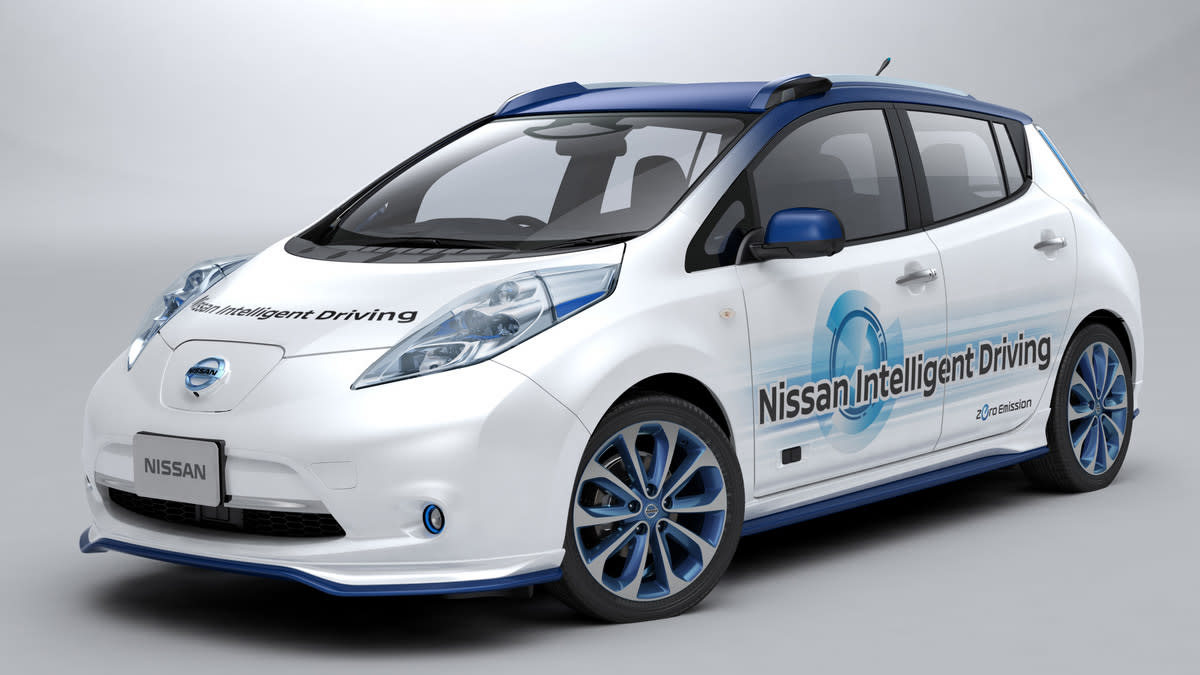 Nissan has begun testing its Leaf-based autonomous car prototype, not on private property, but on Japanese inner city roads and highways. To be exact, the automaker wants to put its "Piloted Drive" mode (part of its Intelligent Driving System) to the test, which can take control of the car in certain conditions. The mode's first version, which Nissan wants to add to production models by the end of 2016, enables a car to drive autonomously in heavy traffic on the highway. The company hopes to roll out the ability to change lanes by 2018, as well as the power to navigate city roads and intersections without human input by 2020.

To make driving on busy urban roads possible, the Japanese corporation created a high-spec laser scanner that uses 3D measurement to determine the vehicle's distance from objects in the environment. It designed an eight-way camera with a 360-degree view of its surroundings to help the system make a decision when crossing intersections, as well. Just recently, Nissan also unveiled its IDS concept vehicle: an EV loaded with all these autonomous functions and can offer restaurant recommendations.

In this article: autonomouscar, japan, nissan
All products recommended by Engadget are selected by our editorial team, independent of our parent company. Some of our stories include affiliate links. If you buy something through one of these links, we may earn an affiliate commission.