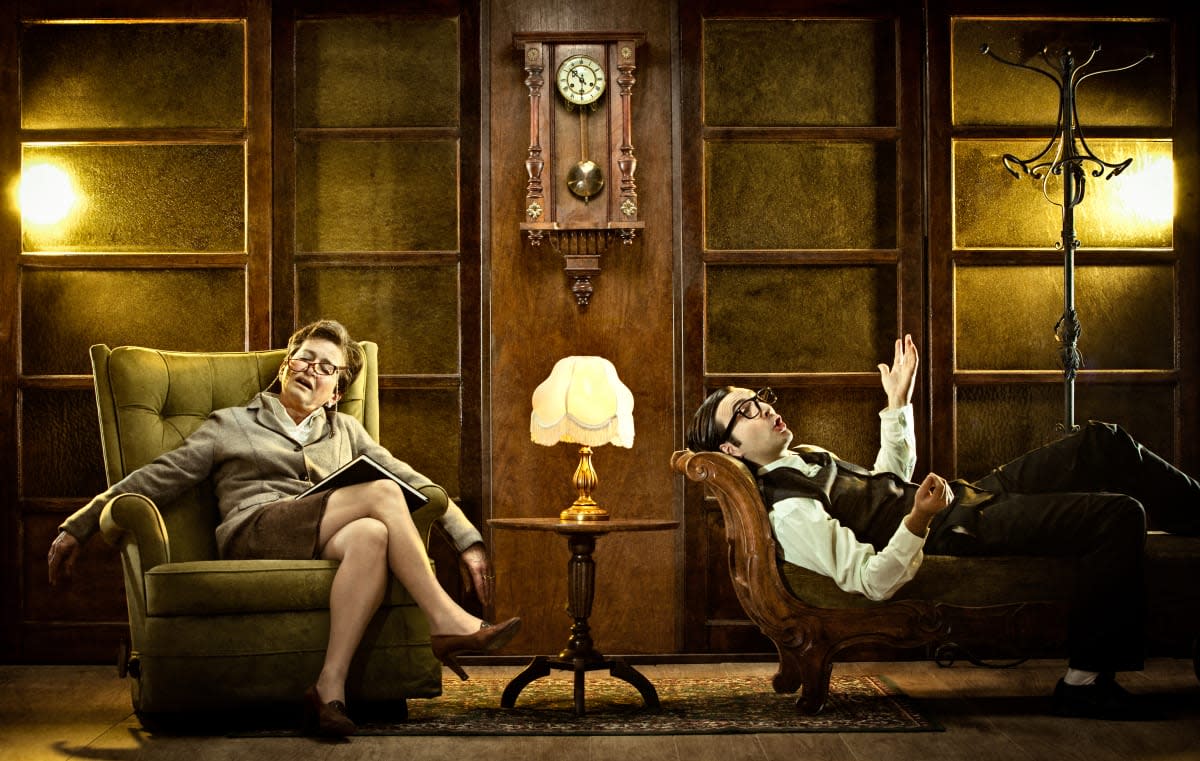 My first session with a cyberpsychologist didn't go so well.

She asked me to lay back on the couch, relax, and "think of cyber."

"Well, I don't really cyber when I'm angry-" She cut in, "Do you have penetration problems?"

"Oh," she said acidly. "Then you must be dealing with feelings of cyber-castration. You were cut off from a network as a child, weren't you?"

The star of my fantasy cyberpsychoanalysis session is Mary Aiken, Director of the RCSI CyberPsychology Research Centre. Aiken is also "the cyberpsychology expert whose work was the inspiration for TV show CSI: Cyber" -- and even more than the show, my imaginary session with her is based on real events.

This week, Aiken was quoted in an article on her talk at the Web Summit Conference in Dublin, where she presented on the psychology of hacking and why hackers hack. Professor Aiken said her "favorite explanation for the academic literature is a Freudian psychoanalytic approach to hacking, which actually conceptualizes hacking in Freudian terms as a cyber-sexual urge to penetrate. And there are castration complex overtones in terms of being cut off from the network as well."

Aiken connects her active cyberpsychology work closely to CSI: Cyber, and believes it introduces the world to both "cyberpsychology" and the tech future of criminal behavior. She is also a writer and a producer for the show. Her most recent post on the RCSI CyberPsychology Research Centre blog explains, "It is something we explore in almost every episode of CSI:Cyber, from the hacking of babycams whereby cyber criminals auction infants online and then kidnap to order, to 'Pyromania 2.0' – an episode about a so-called 'zero day exploit' that made printers catch fire."

Setting aside the whole "all hackers have penises" nonsense for a moment -- there's just one problem.

The chances of cyberpsychology coming to the aid of anyone victimized by the crimes in CSI: Cyber (or in eliminating the criminals through analysis) are slim to none — because the crimes themselves, and the characters enacting them, are farcical fantasy.

In fact, CSI:Cyber is the single-most ridiculed TV show by hackers and security professionals worldwide, notably for its astonishing lack of accuracy ("mistakes made in this area by Cyber are too numerous to count") and poorly executed made-upness. Gizmodo wants to give CSI:Cyber an Incompetency Award; Chester "Chet" Wisniewski, senior security adviser at Sophos, called the show "technically implausible and frankly ridiculous."

Ridiculous, indeed. Second to CSI: Cyber's widely-ridiculed prime-time cyber-ridiculousness is Scorpion, with the real-life subject of its main character having been exposed as a fake and its hacks lauded as "stupid" and "batshit insane". But perhaps what's most important about the other leading cybercrime TV show is that no one is trying to leverage Scorpion as the credibility for claims of psychological understanding of cyber-crime.

Cyberpsychology, if we must accept its opportunistic invention, is -- like all things right now that have "cyber" tacked on the front of them -- in its infancy. If cyberpsychology is to be considered a legit thing, and to be taken seriously at tech conference podiums, it desperately needs a connection to actual hackers and real exploits, ASAP. Because right now, the psychology of fantasy TV cybercrime, uncomfortably sexual or otherwise, looks to me like ... someone's self-cybering onstage.

But, as funny as cyber vs. cyber sounds, and while opportunists gotta opportune, having a "cyber urge to penetrate" speaks volumes about where cyberpsychology's prurient interests lie.

In projecting my experience on cyberpsychology's Freudian couch, I was left with the urge to get on a plane so I can personally flip every table in the CyberPsychology Research Centre in a cyber-rampage. Because according to its Director, the behavioral problems with hackers are actually penis-having-problems, as in, all hackers are male. There are no female or trans or non-gender-conforming hackers in this ruleset for human behavior. I'll wager that if there are non-male hackers lumped into Aiken's careless psychological shorthand, then we can bet they're going to be cast in the role of serial killer — more damaged than a man who can't "penetrate" (impotent) or "feels castrated" (feminized).

When you think about it, these cyberpsychology profiteers are really just nuts. And I mean nuts as in crazy, not nuts as in ... you know. Cybernuts. The other cyber.

The kind of cyber Ms. Aiken is uncomfortably ... fixated on.

In this article: badpassword, column, csi, CSI:CYBER, cyberpsychology, maryaiken, psychology
All products recommended by Engadget are selected by our editorial team, independent of our parent company. Some of our stories include affiliate links. If you buy something through one of these links, we may earn an affiliate commission.