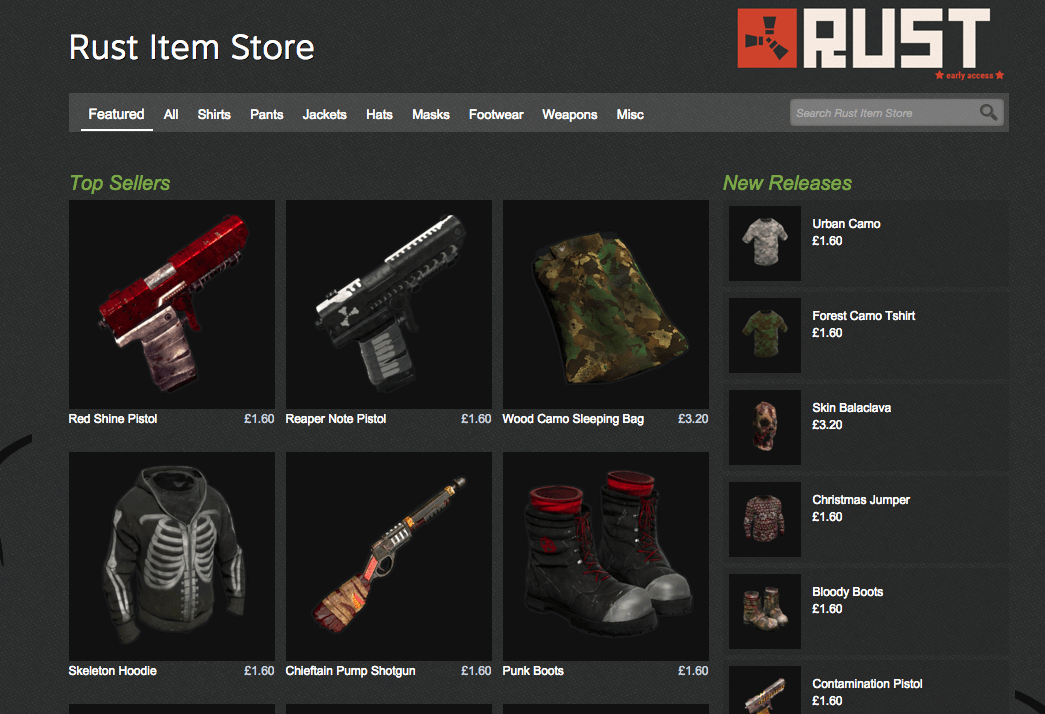 The folks at Valve have introduced a new Steam feature called "Item Store" which, as its name implies, makes it easier for game developers to manage and sell microtransactions. Facepunch Studios has already jumped on board, creating a marketplace for its DayZ-inspired survival title Rust. It sits inside the Steam client and any items you buy are added to your inventory automatically. So what's the point? Well, this feature means indie developers no longer have to build in-game stores from scratch. They can also be used to manage user-made items -- as Eurogamer reports, developers can integrate their stores with Steam Workshops and set their own item prices. Steam handles the checkout process and promises to split the payments between Workshop authors "as appropriate." What's not clear, however, is whether the developer takes a cut on community-made items. Earlier this year Valve faced enormous backlash when it tried to introduce paid Skyrim mods -- hopefully it's learned from that mistake and really thought this initiative through.

In this article: community, modder, modding, steam, valve
All products recommended by Engadget are selected by our editorial team, independent of our parent company. Some of our stories include affiliate links. If you buy something through one of these links, we may earn an affiliate commission.