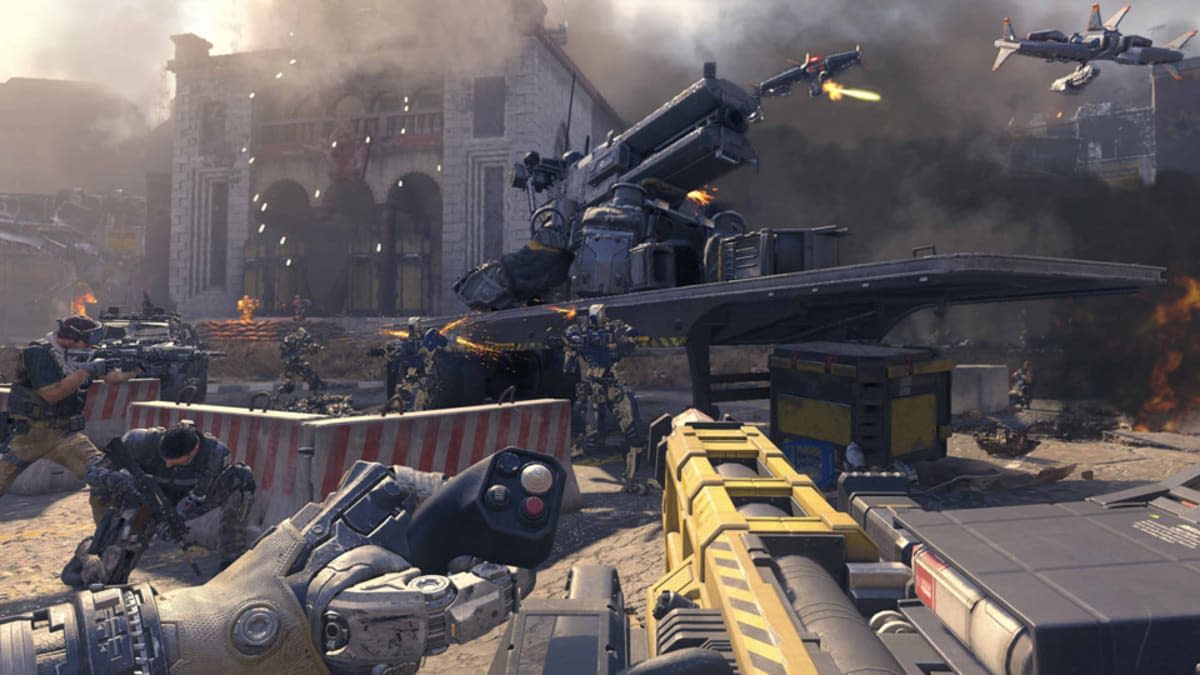 Activision Blizzard today launched a studio in charge of taking its franchises from the console to the silver screen, starting with a film franchise based on Call of Duty and an animated television series all about Skylanders. Under Activision Blizzard Studios, Skylanders Academy is in production now with showrunner Eric Rogers, who is best known as a writer for Futurama. It features the voices of Justin Long as Spryo, Ashley Tisdale as Stealth Elf, Jonathan Banks as Eruptor and Norm Macdonald as Glumshanks. Details are scarce for the Call of Duty film project, but in a press release Activision calls out Advanced Warfare and Black Ops 3 as examples of the series' potential. Plus, it notes a possibility of television adaptations for the franchise.

Activision has been in the black for years now. With massive money-making franchises like World of Warcraft, StarCraft, Call of Duty, Destiny, Diablo and Hearthstone, the company regularly has some extra cash to report at the end of its earnings calls -- like $4 billion extra. Now, we know what it's doing with that stockpile: buying Candy Crush for $5.9 billion and starting a film studio.

Former Disney executive Nick van Dyk is co-president of Activision Blizzard Studios, and according to his LinkedIn profile, he's been working on these projects since September 2014. Rumors of Activision starting an in-house film studio have been swirling since August 2014. During an investor conference today, Activision said its new film and TV arm will keep creative, publishing, marketing and financing powers in its own hands.

"Activision Blizzard Studios has the unique advantage of starting with a library of world-class intellectual property that includes some of the largest franchises which have not yet been developed in film and television," van Dyk says in a prepared statement. "Our library spans more than 30 years of global entertainment culture."

One franchise did make its way out of Activision's library before it started the film studio -- the Warcraft movie from Legendary Pictures is due in theaters on June 10th. The company also recently launched an eSports division headed by former ESPN CEO Steve Bornstein and Major League Gaming co-founder Mike Sepso.

In this article: Activision, activisionblizzard, Blizzard, CallOfDuty, hdpostcross, movies, Skylanders
All products recommended by Engadget are selected by our editorial team, independent of our parent company. Some of our stories include affiliate links. If you buy something through one of these links, we may earn an affiliate commission.