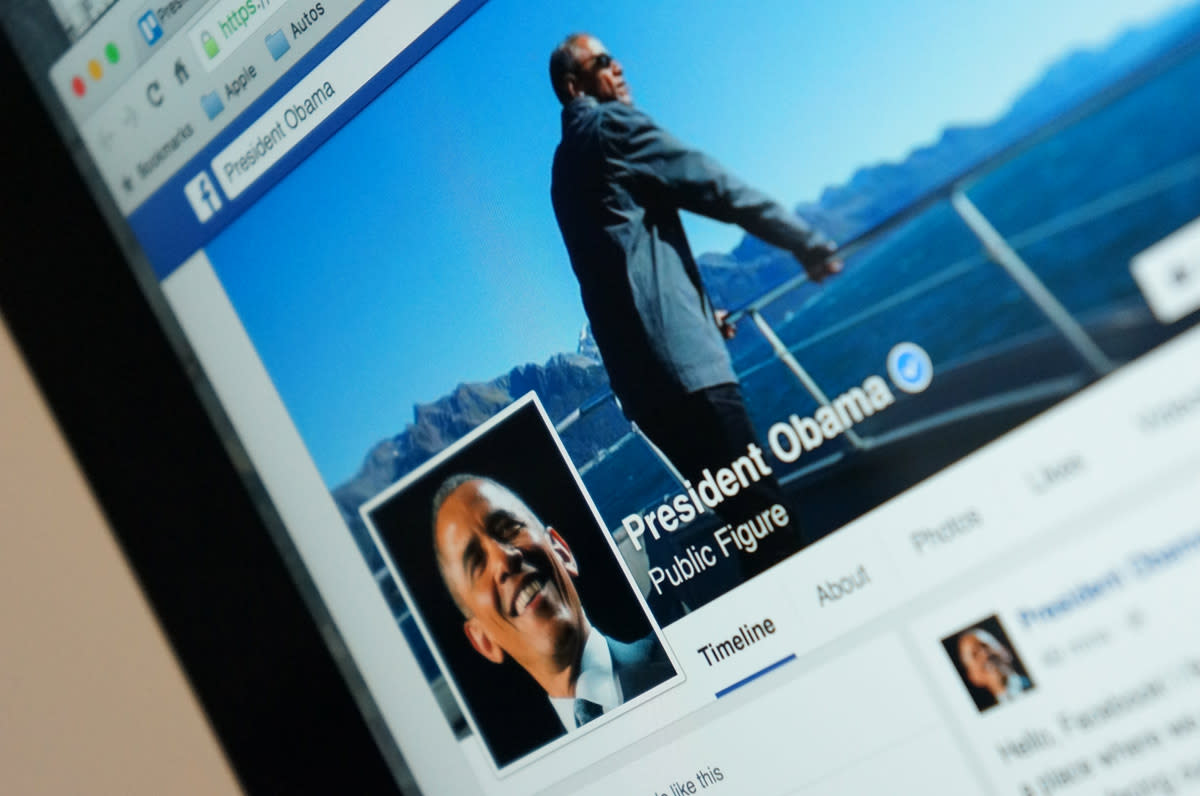 For all of the White House's efforts to join the internet era, it's been awfully slow at giving the President a Facebook presence. It's not dragging its heels any longer, though: President Obama (and presumably, any future President) now has an official Facebook page. Besides giving the political leader a chance to explain agendas, it'll help you share your thoughts and chat with other concerned residents. The move was virtually necessary when over a billion people use Facebook every day, but it's hard to knock something that puts you in closer contact with your government. Let's just hope that the President has someone keeping a close eye on the comments -- if you think the politically-charged discussions in your own Facebook feed can get bad, you can imagine what it'd be like for a head of state.

Hello, Facebook! I finally got my very own page. I hope you'll think of this as a place where we can have real...

In this article: facebook, internet, obama, potus, president, presidentobama, socialnetwork, socialnetworking, video, whitehouse
All products recommended by Engadget are selected by our editorial team, independent of our parent company. Some of our stories include affiliate links. If you buy something through one of these links, we may earn an affiliate commission.