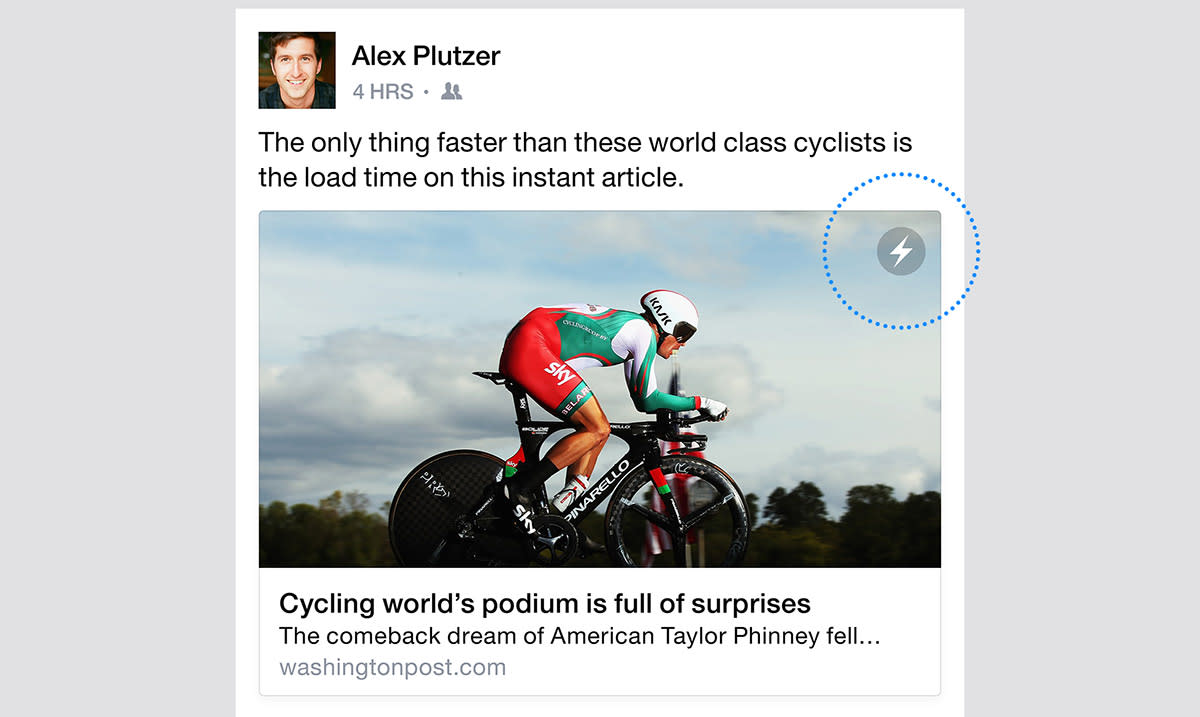 The 20 participating publishers of Facebook's Instant Articles program just aren't getting as much money per post as they do for pieces posted on their own websites. As a result, the social network is now testing new advertising schemes, according to The Wall Street Journal. At the moment, each Instant Article can only have one 320 x 250 pixel-banner per 500 words of content, whereas a publication's website would usually have three to four. Plus, the initiative doesn't allow animated ads. The project's manager, Michael Reckhow, told the WSJ that since receiving feedback from the publishers, Facebook has been experimenting by adding more banners to random pages, even animated and interactive ones.

"It's early days with Instant Articles," Reckhow explained, "but one of our principles from the beginning has been to work collaboratively with our publishing partners to understand their needs and shape the product." His team has now joined forces with the publishers to improve their ad revenues. Take note that the publications get 100 percent of the amount their ads generate, so long as they sell their ads themselves.

Despite this issue, The Washington Post remains positive that its gamble will pay off. Its chief revenue officer Jed Hartman points out that the format isn't as affected by ad blockers, and that since it's much faster to load from Facebook than traditional web pages, it could eventually lead to a stronger demand and more traffic. LittleThings co-founder Joe Speiser is optimistic, as well, telling the WSJ that if the social network gives Instant Articles the same importance that it's giving videos, "the numbers could go through the roof."

In this article: advertising, facebook, instantarticles, mobilepostcross
All products recommended by Engadget are selected by our editorial team, independent of our parent company. Some of our stories include affiliate links. If you buy something through one of these links, we may earn an affiliate commission.